Man In Critical Condition After Incident At The Charleston In Williamsburg

A man is in critical condition today after being found with severe head trauma inside The Charleston in Williamsburg early this morning.

Cops say the 32-year-old man was found around 1:30 a.m. inside the Bedford Avenue bar, near N 7th Street. He was unconscious and unresponsive with severe head trauma, and was taken to Bellevue Hospital in critical condition. 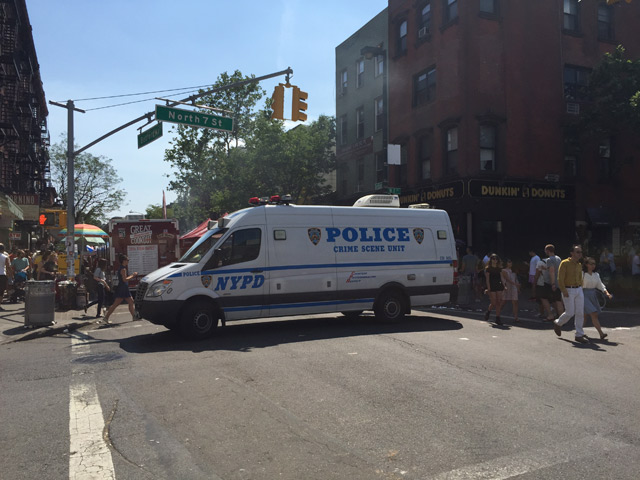 A server at Sujo, a restaurant across the street, told us that there was a fight at the bar last night. Police could be seen setting up a crime scene outside the bar this afternoon.

Cops say no arrests have been made, and the investigation is ongoing.

The Northside Festival have cancelled the events scheduled for the bar today.

Tonight's @jameson_us artists + bartenders lounge has been moved to @TheGibsonBKLYN from 5-7PM. There will be no event at the Charleston.

#brooklyn
#the Charleston
#williamsburg
#original
Do you know the scoop? Comment below or Send us a Tip