A 31-year-old man's body was found on a Williamsburg Bridge outer roadway in Brooklyn this morning.

#BREAKING #NYPD has closed off the pedestrian walkway on the #WilliamsburgBridge @News12BKhttps://t.co/qYaTQSsr3S #brooklyn #nypd pic.twitter.com/yXb0y3Qzry

The man was discovered unconscious and unresponsive around 5:22 a.m., a police spokesman said, adding that it's unclear if he was struck by a vehicle or whether he fell from a walkway above where he was found.

A tipster said, "I thought it was a Halloween prank, until police showed up and covered him up." 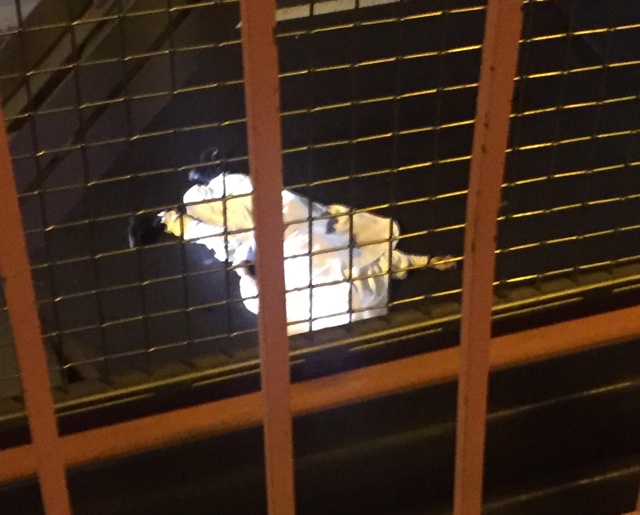 The body in the roadway (Tipster)

A cyclist who was on the bike path said that there was a pool of blood "coming from his head."

The death is under investigation at this time. Some roadways have been closed, causing commuter delays. We'll update as more information becomes available.

#brooklyn
#dead body
#williamsburg bridge
Do you know the scoop? Comment below or Send us a Tip
A new Gothamist is coming! We’ve moved comments over to our beta site. Click here to join the conversation and get a preview of our new website.