MTA police are investigating how a man wound up dying or dead in the bathroom of a Metro-North train leaving Grand Central Terminal early on Saturday morning. 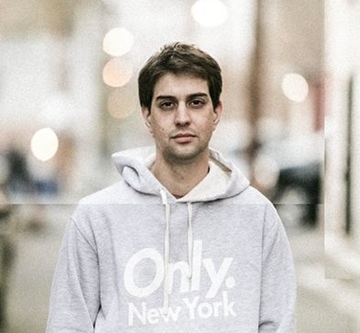 Crew members found Dorian Pippa, 29, unresponsive at about 5:50 a.m. as the train pulled into Harlem-125th Street, according to Nancy Gamerman, an MTA spokeswoman. The crew tried to revive Pippa, "doing everything within their power to come to his aid," Gamerman said. "It was unclear if he was deceased."

Paramedics picked Pippa up within 7 minutes and drove him to Harlem Hospital in what an FDNY spokesman described as serious condition. Doctors there pronounced him dead at 6:37 a.m., Gamerman said.

The 5:37 a.m. Harlem Line train was the first out of the station that morning. The MTA says that transit authority police have pulled surveillance video from the train platform, and it shows Pippa boarding the train in the morning. Previously it was unclear whether he had been in the train's bathroom overnight.

Friday night was Pippa's birthday, according to his Facebook page, where tributes have poured in from dozens of friends. Pippa is listed as living in Katonah, in Westchester County. His Facebook profile shows that he was a fan of Phish, enjoyed the outdoors, and had worked jobs in construction and restaurants. On Friday shortly before noon, Pippa wrote:

Focusing on practicing a deeper sense of appreciation and gratitude today. I'm truly grateful for the wonderful people that continue to support and enrich my life, on this continent and across the world. Thank you all so much, and count your blessings every day!

His parents are hosting a memorial in Katonah on Saturday.

In an invitation, his mother wrote:

I spoke with one of the wisest people I know last night. We spoke about the journey you had in this life, and we understood together that you have unfinished business now. You were saying for months before you passed that you wanted to help people, in a professional way, who suffer the way you have. You said you felt the need for a “spiritual component” in your recovery. You expressed your love and care for me and Dad, and your friends. All that shows a powerful turn towards a thoughtful and helping understanding before you died.

The other day you said that you were going to make me proud. You said, “you’ll see, Mom, I’m going to do something wonderful in this world to help”. I loved that you were so sure and determined. But I want you to know I’ve been proud of you since the moment I saw your beautiful face, those astonished wide eyes taking in this world the day you were born. I have loved you stronger every day since. Forgive me if I was too angry at times at your mistakes, and thank you for loving me and Dad always.