Police are investigating the killing of a 23-year-old man on a Queens sidewalk yesterday afternoon.

Authorities say that officers responded to a 911 call about a man who was stabbed outside of 43-28 Judge Street in Elmhurst at 12:18 p.m. and, when they arrived, they were told that the victim, Jan Carlos Salcedo had been stabbed in the torso and taken to Elmhurst Hospital by private means.

Salceo, who lived in the Bronx, died at the hospital. 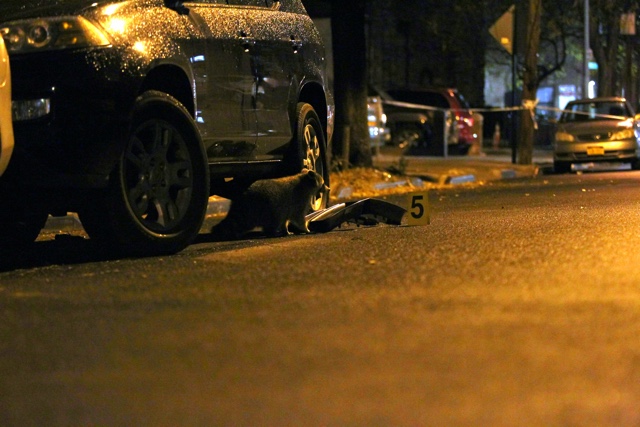 A raccoon next to an evidence marker (BMR Breaking News)

A man visiting family who lives on the same street told the Daily News, "I just saw somebody put a guy in a car, and he left. I didn't know what happened. This is a really quiet neighborhood. This is really unexpected."

The suspects fled, apparently dropping a knife by a car near the intersection Ithaca Street and Elmhurst Avenue. 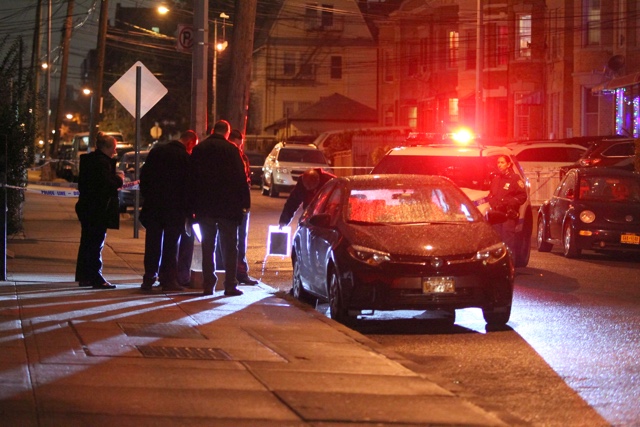 Salcedo's brother also spoke to the News, "He was a really nice person, he didn't deserve that. Everything is new to us right now, I don't know anything because I was at work when it happened. I found out during work and I just came out."

#murder
#queens
Do you know the scoop? Comment below or Send us a Tip