A man was taken into custody after he attempted to commit suicide in the plaza of the Today show this morning. "There was an incident out on the plaza," Matt Lauer told viewers on air. "A man tried to harm himself with a knife. He did manage to cut himself. He was controlled by our security team out there...He's being treated by medical personnel." You can see video of the man being tackled by security below.

According to cops, the unidentified man was in the plaza around 7:50 a.m. when the incident happened; he was able to cut his wrists and possibly his arms with the knife before he was tackled by security. He was taken to St. Luke’s Hospital for treatment. Lauer noted that the man said something about not wanting to harm others, but did want to cause harm to himself. 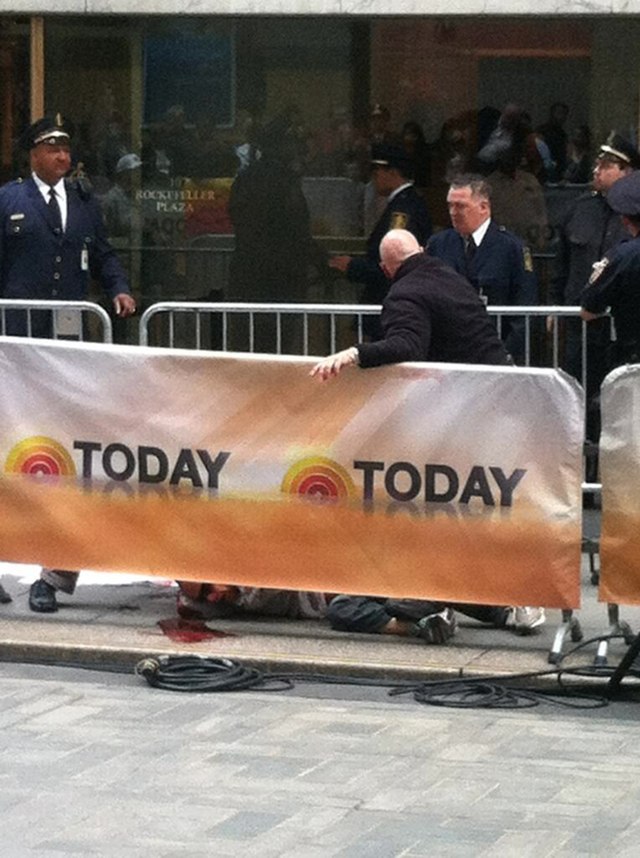