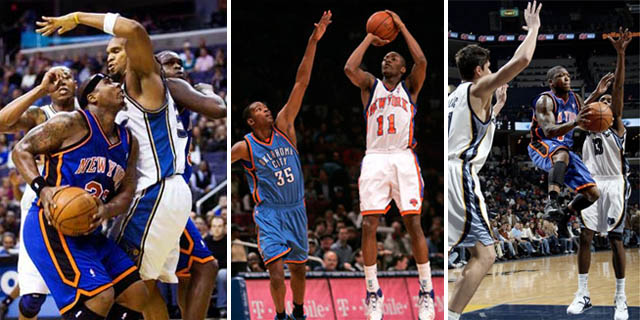 Maybe it was Isiah Thomas and his constant trades that did it. Maybe it was the lousy basketball that did it. Maybe you are just waiting (and waiting) for the Nets to move to Brooklyn. Whatever the reason, at some point you stopped caring about the Knicks and no one can blame you. Being a Knicks’ fan has been almost impossible for the last few years and having doubts about their 6-3 start is only natural.

But, there is a difference with this team from past years. Win or lose, the basketball is more exciting. The Knicks seem to have embraced coach Mike D’Antoni’s up-tempo style of play and currently lead the league in points scored per game. Zach Randolph looks like the player the Knicks thought they were getting when they traded for him. Chris Duhon has brought a pass-first mentality to the point guard position and Nate Robinson and Wilson Chandler are providing plenty of high-energy minutes.

Sure, the team doesn’t play defense and the schedule is going to get a lot tougher, but for the first time in recent memory you can sit down and watch a Knicks game and not be sickened by what you see. Hopefully, we can look back on this one day as the moment the Knicks finally started to return to relevance.