Making The Call: Cut Him 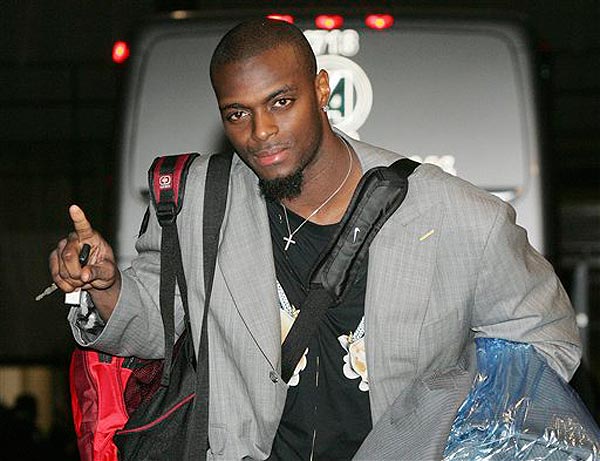 Plaxico Burress is one of the biggest reasons the Giants won the Super Bowl and is one of the best receivers in the NFL. But his antics off the field are no longer worth the trouble. After last season’s Super Bowl victory, the Giants rewarded Burress with a 5-year/$35 million deal and since contracts in the NFL are not guaranteed, they can choose to terminate that deal at any time. That time should come now.

It’s not just the latest incident where he shot himself in the leg; it’s the total package. Since being giving a huge contract, Burress has done nothing but become a distraction for a team trying to repeat as Super Bowl champs. He has missed meetings, been suspended and generally shown that he doesn’t care about his teammates. Why he was in a nightclub less than 48 hours before a game that he was already going to miss with an injured hamstring is a question we will probably never learn the answer to.

Are the Giants a better team with Plaxico in the lineup? Absolutely, but that doesn’t mean they can’t win without him. Plaxico probably didn’t notice, but the Giants won a Super Bowl after Tiki Barber retired and are currently 10-1 after trading Jeremy Shockey. Fifty-two players on the Giants have embraced the “team first” concept of Tom Coughlin. Burress hasn't, and the Giants shouldn’t let him stick around and be a distraction any longer.

The Knicks would love to have the ability to terminate Stephon Marbury’s deal, but they can’t without paying him. The Giants can and they should. Take the money and use it to keep guys like Brandon Jacobs and Derek Ward, players who want to be here and care about the team winning.

#brandon jacobs
#derek ward
#football
#giants
#Making The Call
#plaxico burress
#sports
#tom coughlin
Do you know the scoop? Comment below or Send us a Tip