After years of rumors, it's finally real: NYC FC is here. MLS commissioner Don Garber announced this morning that the league will expanding with a second NYC-area team called New York City Football Club, to begin playing in 2015. The Yankees and Manchester City FC have partnered to form the ownership team.

Manchester City FC will serve as the majority owner, with the Yankees' stake not being clear. The inclusion of the Yankees may come as a particular surprise, after early rumors about NYC expansion largely involved the Mets ownership instead. “We are pleased to be associated with this major move by MLS to increase its presence in the New York market and to enhance the opportunity for New York soccer fans to enjoy high-level play in their own city," said Hal Steinbrenner in the press release. "We look forward to the opportunity to work with Manchester City to create something very special for the soccer fans of New York—and to bringing another terrific team to this city for all sports fans to enjoy."

As for a location? That's still to be determined. The league indicated that the team will have an "interim location" when they begin playing in 2015, and that the league is continuing discussions that are already underway for a permanent home. But the press release offers a sign the league is not quite pursuing Flushing Meadows Corona Park as heavily as they have, indicating that they will "also continuing to look at other potential sites." 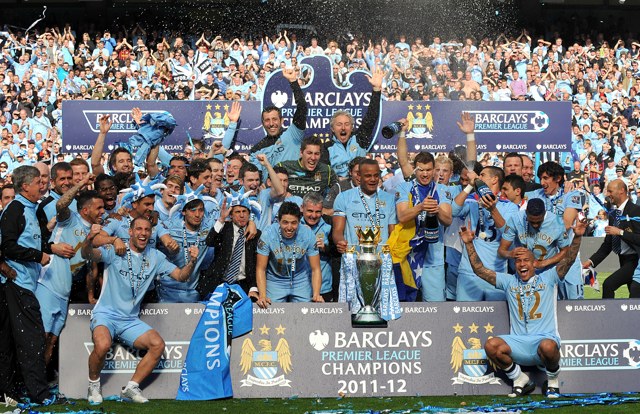 Will the NYC team have powder blue jerseys like this?

Lots of details remain to be worked out—we're mostly wondering if they'll adopt MCFC's powder blue jerseys, and when the whole human rights thing will be addressed. But with the Red Bulls on top of the MLS standings, the Cosmos returning to NASL on August 3rd, and now NYC FC joining the league, it's never been a better time to be a soccer fan in NYC.