Madoff Must Stay at Home 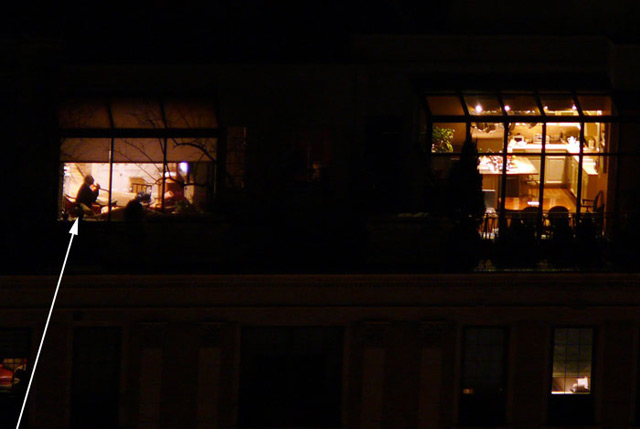 Bernard Madoff better have enough coin to pay his cable bills, 'cause he'll be at home a lot more: His new bail agreement puts him under 24 hour house arrest, with security guards (that Madoff must pay), in order to "prevent harm or flight." The harm would be reports of death threats; the flight would be, oh, running from investors big and small who are upset he lost, cumulatively, billions.

Know who else is annoyed at Madoff? Indirectly, letter carrier Perry Pecorino, whose route is totally blocked by the media swarm. Pecorino told Bloomberg News, "It’s only on this corner where I have a problem. You gotta fight through the people, going in and out of the building. Everybody’s in the way." While some neighbors are upset with the unwanted attention, a store clerk at Pylones is thrilled, since tourists come in and ask what's going on, "They’re asking questions, but they’re shopping at the same time."

Reports of charities being hit hard by Madoff's doings continue: The Elie Wiesel Foundation for Humanity has essentially lost all of its funds, while the Picower Foundation, which donated to the New York Public Library, is closing. The Anti-Defamation League reports that Madoff's $50 billion Ponzi scheme has inspired more anti-Semitism. The ADL's Abe Foxman said, "Jews are always a convenient scapegoat in times of crisis, but the Madoff scandal and the fact that so many of the defrauded investors are Jewish has created a perfect storm for the anti-Semites."

The NY Times has an extensive article that looks at the reach of the Madoff scandal, which might be the first "truly global" Ponzi scheme. A Swiss hedge fund manager recalled a Madoff Securities salesman's pitch, "He told me the fund was closed, that it was something I couldn’t buy. But he told me he might have a way to get me in. It was weird." And don't worry: The Madoff scam will most likely be referenced in the upcoming sequel to Wall Street.

#Bernard Madoff
#billions
#fraud
#hedge fund
#Madoff Securities
#ponzi scheme
Do you know the scoop? Comment below or Send us a Tip
A new Gothamist is coming! We’ve moved comments over to our beta site. Click here to join the conversation and get a preview of our new website.