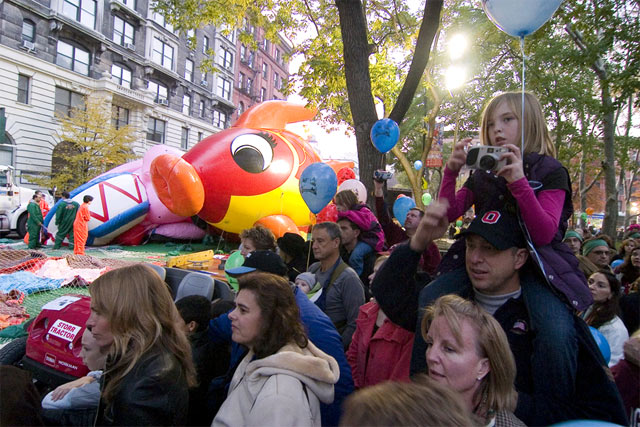 Starting in the afternoon, the masses traveled to the Upper West Side yesterday to see the
Macy's Thanksgiving Day Parade balloons get inflated on West 77th and West 81st Streets between Central Park West and Columbus Avenue. 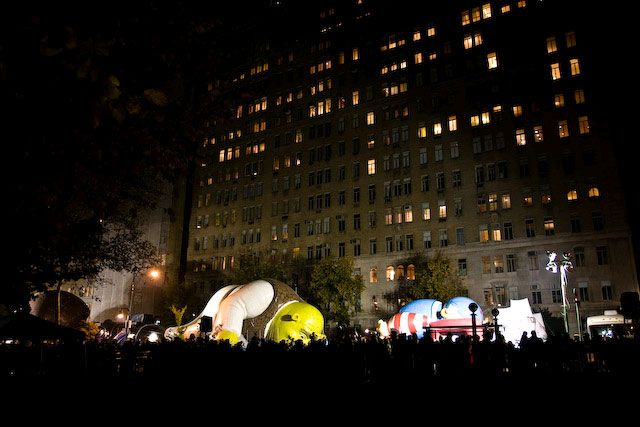 By 6PM, crowds were penned in for blocks - it took us about 30-40 minutes of shuffling and snaking around before we could get close to any balloons. We suspect the Broadway stagehands' strike as well as the wonderfully mild evening contributed to the massive turnout of New Yorkers and tourists alike. 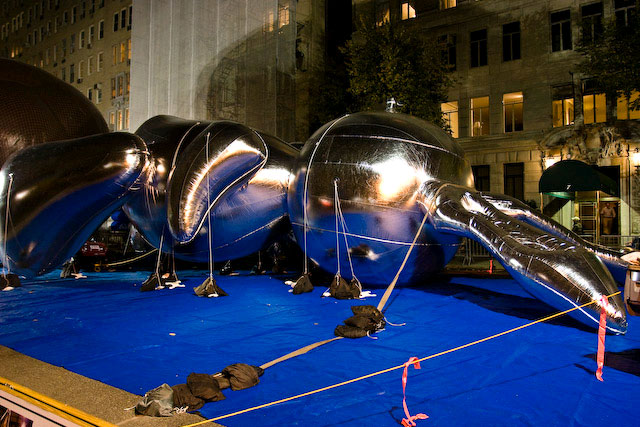 A lot of the old favorites were there, like giant balloons Snoopy, Mr. Potato Head and Ronald McDonald and the smaller balloons like Chloe the Holiday Doll and the Macy's stars. However, we were very excited to see some new balloons. There was a helium version of Jeff Koons' stainless steel sculpture Rabbit (pictured above). Though there was a sign saying Rabbit was by Jeff Koons, most people weren't sure who he was. 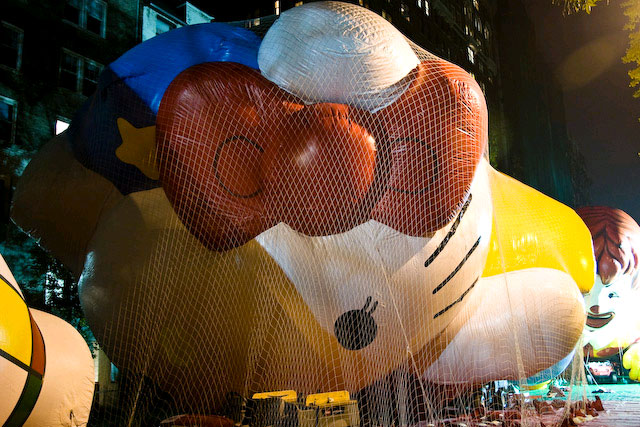 And Hello Kitty is making her debut at the parade this year. The balloon is called "Supercute Hello Kitty" and Sanrio explains, "Hello Kitty will be ready for action, dressed in her Supercute superhero outfit complete with cape and tiara to complement her favorite red bow! Standing at 33.6 feet tall, 34.8 feet wide and 45 feet long, Hello Kitty will soar over the Big Apple accompanied by approximately 80 balloon handlers."

You can watch the Macy's Thanksgiving Day Parade on NBC starting at 9AM or you can stake out a spot on the parade route - you better get there early, as it gets crowded (Macy's notes spectators arrive by 6:30AM!).

Top photograph by ~Raymond on Flickr; other photographs and slide show by Tien Mao