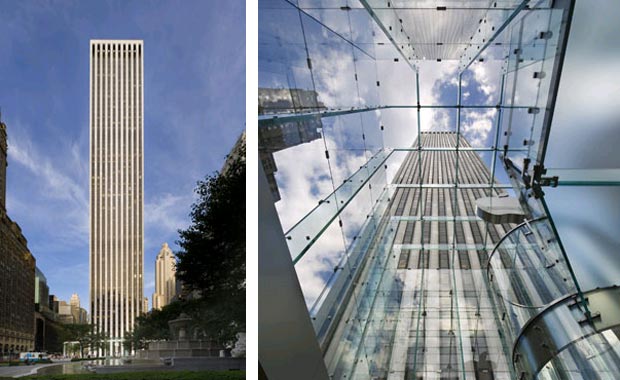 A group of investors, headed by Daily News owner Mortimer Zuckerman--who is the CEO of Boston Properties--have purchased the GM Building and three other Midtown buildings for $3.95 billion. The GM Building alone went for $2.9 billion, which is "the highest price ever paid for an American office tower," per the NY Times.

The GM Building, located at the corner of 5th Avenue and 59th Street, has over 2 million square feet of office space and a huge plaza which now includes an Apple store (bidding for the building was hot--WTC developer Larry Silverstein offered more than $3 billion). Macklowe had bought the building for $1.4 billion in 2003, but the company has had financial troubles in the past few years. The other buildings in the deal are 540 Madison Avenue, 125 West 55th Street, and 2 Grand Central Tower.