Companies owned by luxury developers and accused serial fraudsters Shaya Boymelgreen and Lev Leviev will continue to be allowed to do business in New York under the terms of a settlement announced yesterday by state Attorney General Eric Schneiderman.

The investigation focused on three luxury condo projects in the Financial District and DUMBO where, according to Schneiderman, they built shoddily, falsified documents to get building inspectors' okay, stole condo buyers' money that was meant to bring the buildings up to code, and resisted attempts to get them to pay up and relinquish control. According to the terms of the settlement, Leviev's company Africa Israel must finally fix up 15 Broad Street, which overlooks the New York Stock Exchange, as well as 20 Pine Street a block away, and 85 Adams Street, at the foot of the Manhattan Bridge. (Leviev and Boymelgreen ended their business partnership in 2007.)

Africa Israel must also hand over the buildings to the condo boards, pay a $2 million fine for improperly collecting tax breaks on the Broad Street building and neighboring 23 Wall Street, and put an undisclosed settlement in escrow for bilked condo buyers.

Schneiderman filed no criminal charges in the cases, and though he has the power to restrain the company from doing business, he instead reserved that punishment for if it breaks the terms of the settlement.

'Today’s settlement is a warning to property developers in New York state," he said in a statement. "Those who collect the enormous profits that flow from offering real estate securities in New York will not be allowed to shirk their obligations to purchasers and the public. My office will not allow developers to walk away from their promises." 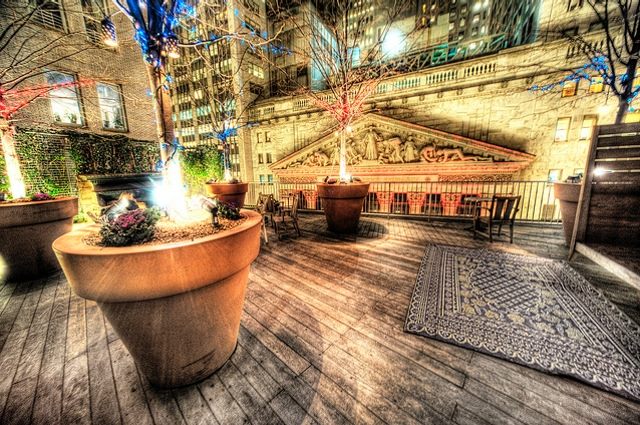 The view of the stock exchange from the roof deck at 15 Broad Street. (Tony Shi/Flickr)

In the mid-2000s, the developers built 382 condos and 18 retail spaces in the imposing former J.P. Morgan Chase headquarters at 15 Broad and the connected 55 Exchange Place and 23 Wall Street, directly across from the New York Stock Exchange. They also applied for and received a 421-g tax abatement, a now-defunct program meant to reward developers for converting commercial space to residential in Lower Manhattan. The abatement kicked in in 2007 when, according to the AG's Office, the developers still owned 30 apartments, meaning they sidestepped a $270,000 tax bill.

As the attorney general writes in the settlement, Leviev and Boymelgreen "benefited from that tax relief but failed to complete the 15 Broad project, leaving a landmarked New York City building vacant and disused for 10 years."

The official plan for the condo project said that 15 Broad would get a permanent certificate of occupancy within two years of the first apartment sale. Also that year, an architect told the condo board that it would take $9.4 million to get the building up to code, and the developers pledged to put that money in escrow. If the renovations came in under budget, the condo buyers were to get the difference. And when the certificate of occupancy was issued, the developers were supposed to give up control. 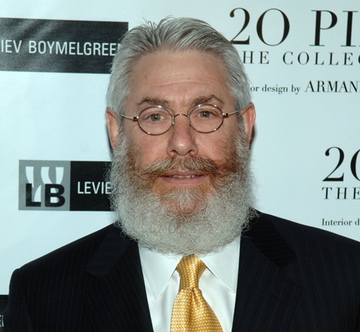 According to the settlement, in the years since the first sale in 2006—a 2-bedroom was "just" $585,000 at the time—the developers "have failed to take virtually any action to get a PCO." What's more, by 2007, the $9.4 million escrow account had been drawn down to just $57,000. Nearly nine years later, the developers were still managing the building.

In the interim, residents sued, citing these issues, as well as physical problems with the building that they say are tied to illegal corner-cutting construction. Among their dozens of pages of complaints, residents cite "occasional" brown water in their sinks and tubs, leaks in external walls, buckling floors and gaps in floors, one apartment that lacks hot water, cracked concrete in stairwell landings, and incomplete fireproofing throughout the building. That lawsuit is ongoing, but if after an undisclosed period of time the claims are not resolved in state court, the developers are supposed to pony up through the escrow account demanded by Schneiderman.

"We have settled in principle,” condo board president Robb Tretter told the New York Times. "They have come through in the end and coughed up the funds necessary to make us whole."

The allegations surrounding 20 Pine follow roughly the same blueprint. The 409-unit project sold its first condo in 2008 and its last in 2013. Still, according to the settlement, the developers maintained control because again they had failed to get the Building Department's sign-off within the allotted time, and had drained a $10.3 million escrow account intended for construction completely by 2013.

Another ongoing lawsuit by 20 Pine residents includes photos of standing water and plants growing on the roof, bulging and shifting walls, abandoned cables attached to the building, exterior limestone patched with wood, a leaking swimming pool, and a "problematic combination shower head-light."

The developers finally secured a certificate of occupancy in 2014, after the state investigation into the building began.

At 85 Adams, where a 2 bedroom sold for $920,000 right before the 2008 financial collapse, condo owners say that Leviev and Boymelgreen bilked them too, having architects and contractors falsely certify necessary fireproofing and other work had been done, pillaging the construction funds, and resisting every step of the way when sued by residents and by the attorney general.

Faced with similar accusations by residents of other new buildings in DUMBO and Prospect Heights in the late 2000s, including an improperly connected sewage line that sent human waste flowing into the street, Boymelgreen allegedly said, "What do they expect — a Manhattan building?"

Under the terms of the settlement, Africa Israel and its LLCs avoid admitting or denying the allegations. They have seven days to turn over control of the condo boards, and must obtain certificates of occupancy within set times or face penalties of $20,000 per three months delay. The $2 million fine is supposed to be set aside for funding low-income housing, and Schneiderman tacked on $250,000 to cover the investigation. 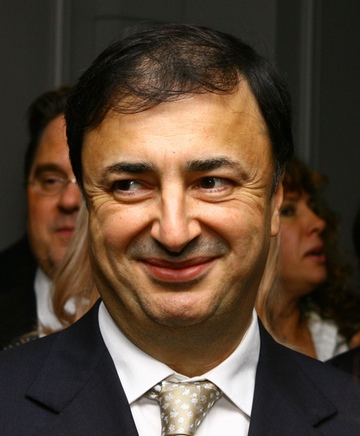 Boymelgreen lives in Brooklyn, and though the economic downturn, numerous lawsuits, botched deals, and the dark cloud of the investigation have diminished his stature as a mega-builder, his son Sam is trying his hand at the business, developing a 126-apartment complex across from the Kensington Stables in Brooklyn, among other projects. He denies acting as a front for his father or using his money.

Leviev is a billionaire Israeli who, in addition to making a fortune in real estate and drawing protests over his involvement in settlement-building in Israel's West Bank, owns diamond mines in Russia and Angola.

The settlement stipulates that the attorney general is "[discontinuing] its investigation" into the properties, but in a statement Schneiderman said his probe into Boymelgreen is ongoing.

An email sent to Boymelgreen's company bounced back. Africa Israel did not immediately respond to a request for comment.