A Long Island middle school is under fire after some teachers apparently displayed a poster featuring image of nooses with the words, "back to School necklaces," "ha ha," and "#YES." Another teacher at Roosevelt Middle School shared the triggering images with a local pastor, who posted them on Facebook.

"Once that was brought to my attention and I saw the picture, we knew that we had to stand up and inform the public," Pastor Arthur Mackey Jr. told NBC News. "All we’re asking is after a thorough investigation, that whoever is involved in this racist image be fired."

The images, which were part of a collage, have reportedly been displayed in a classroom for "months."

The Roosevelt School District posted a message to its website today:

District administration is unable to comment further, as this is a personnel matter. You are encouraged to call the Superintendent's office at 516-345-7001 if you have any questions.

The district has a very diverse student population; Hempstead town supervisor Laura Gillen issued a statement citing a statistic from the National Center for Education Statistics: "The Roosevelt Middle School was comprised of approximately 45% of black or African American students and 55% of Hispanic or Latino students in the 2017-2018 school year."

Gillen said, "This imagery that was on display in a Roosevelt Middle School classroom is undoubtedly racist and should not be tolerated in our Town, or any other community. The imagery is also deeply insensitive and troubling to anyone with mental health issues and those contemplating suicide." 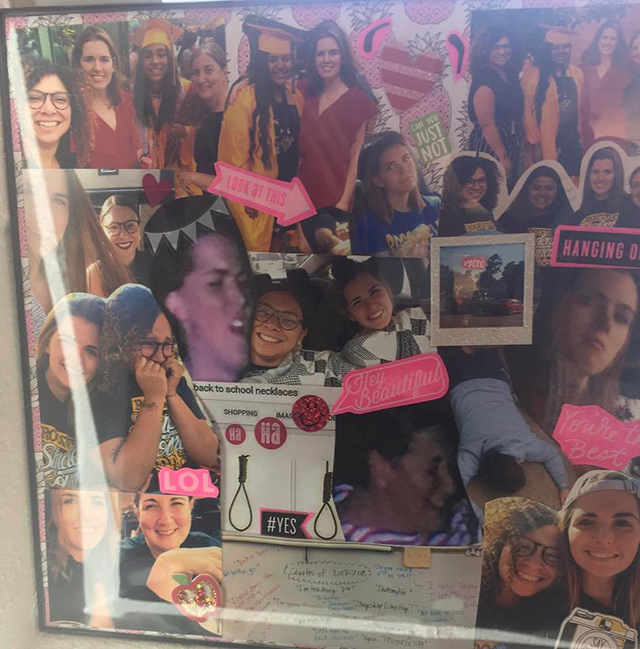 "Teachers should be held to a higher standard because the leaders of tomorrow learn from the teachers of today," she added. "A clear message needs to be sent that there is simply no place in our schools and in our society for this type of racist, hateful and insensitive imagery."

One local resident, Savitri Lekhram, told News 12, "That may not be what they’re trying to say. It’s probably just a joke, it probably has nothing to do with African-Americans or anything. But at the same time they can still draw that connection.”

However, another resident, Yvette Hudson, was relieved her children are out of the school system, "I was very upset about it. I mean, if they feel that way then they're in the wrong school district."

The Roosevelt Middle School website notes, "Bullying, harassment and intimidation — often fueled by social media and apps — are ever-present concerns in Long Island schools. New York’s Dignity for All Students Act, implemented in schools statewide in July 2012, aimed for a zero-tolerance policy against such actions."

Local schools superintendent Dr. Marnie Hazelton issued a statement saying, "In the Roosevelt Union Free School District, we take all allegations of bullying in school and on social media very seriously. All five of our schools have implemented various forms of peer intervention and peer mediation strategies to combat this issue."

With reporting by Andy Mai