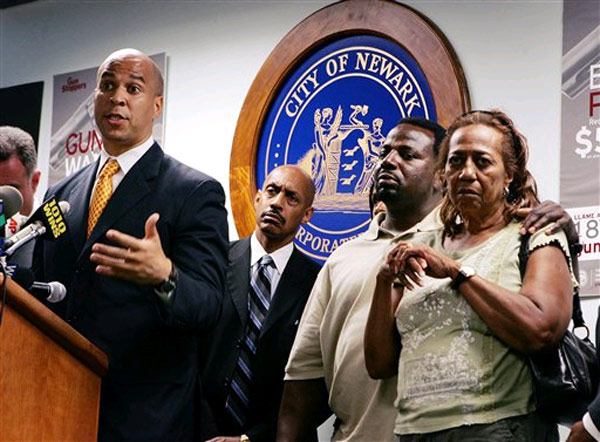 Nineteen-year-old Natasha Aerial, who was the only survivor from Saturday night's shootings in a Newark schoolyard, managed to speak to police yesterday. While her brother and two friends died from being shot in the head, execution-style, Aerial survived a gunshot to the head. She is heavily sedated and under police guard. Still, Newark Police Director (and former NYPD Deputy Commissioner for Operations) Garry McCarthy said, "We're getting the story piecemeal from her. Based upon witness testimony, we believe it was a robbery."

It's believed that when Natasha Aerial, Terrance Aerial, Iofemi Hightower and Dashon Harvey went to the Mount Vernon School's yard to hang out late Saturday night, there were already two other men present. When a few more men entered the schoolyard, the four friends text messaged each other that they needed to stay calm and leave, but they never got the chance. McCarthy indicated that one or some of the victims had defensive wounds: "There may have been some resistance that escalated the robbery." 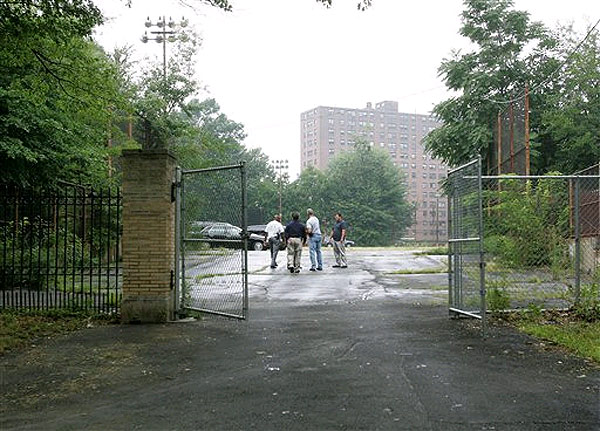 There was a small demonstration outside Newark's City Hall yesterday, with people demanding Mayor Cory Booker's resignation. Booker appeared at a press conference, saying, "This is a time all Newarkers must pull together and unite around their common challenges." Harvey's father also appeared; James Harvey said, "I don't blame Mayor Booker. I blame the parents of America. If you raised your kids better, this would not be happening...Calling for Mayor Booker's resignation, this doesn't start with him." The city of Newark is now offering $52,000 for information about the shootings.

Still, there are many divided feelings about Booker's ability to reduce crime and simply lead. Though crime is going down, this year's murder count is 60, just three fewer than last year at this time - and last year had the most murders in many years. And the NY Times mentions a "particularly bruising series of events" for Booker, including an incident where 1,000 youths were not paid immediately for participating in a Newark summer jobs program and one where he seemed to disparage a recently deceased community advocate in a tribute speech.

NJ Governor Jon Corzine promised state help to assist in the investigation and prosecution. He said, "It's an issue that is much larger than Newark... We have a problem where guns are shipped across state lines, we have poor border control with regard to the importation of drugs and they end up fueling violence on the local street. And so on the national level, on the state level, on the local level, we are all going to have to work together."

Top photograph of Newark Mayor Cory Booker, with James Harvey, and lower photograph of investigators at the Mount Vernon School yard where the shooting took place by Mel Evans/AP