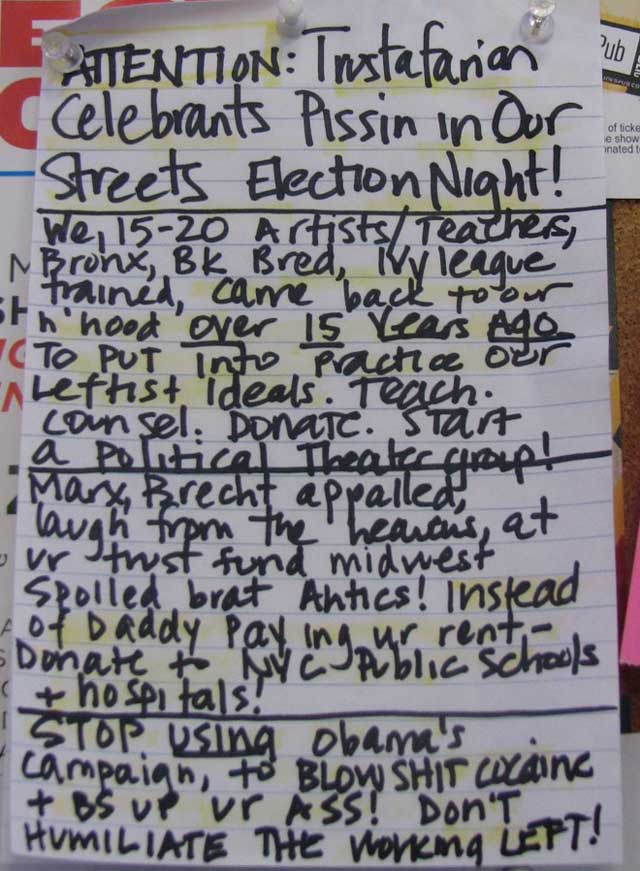 Straight from the front lines of gentrification comes the above public rant. Following the Election Night celebration, and arrests, it seems some of the other Williamsburg locals (artists and teachers born and bred in New York and Ivy League educated!) are lashing out against their fellow Obama supporters. The self-described "working left" advises the "trust fund Midwest spoiled brats" to stop using the new President-elect as a reason to "blow shit cocaine" up their asses, or something.

#brooklyn
#election night
#rant
#williamsburg
Do you know the scoop? Comment below or Send us a Tip