A Long Island Rail Road train derailed in one of Penn Station's East River tunnels. Naturally, there are lots of delays—and miserable commuters who were on the 5:51 p.m. due in Hempstead at 6:46 p.m. There were 800-1000 passengers who had to be evacuated. 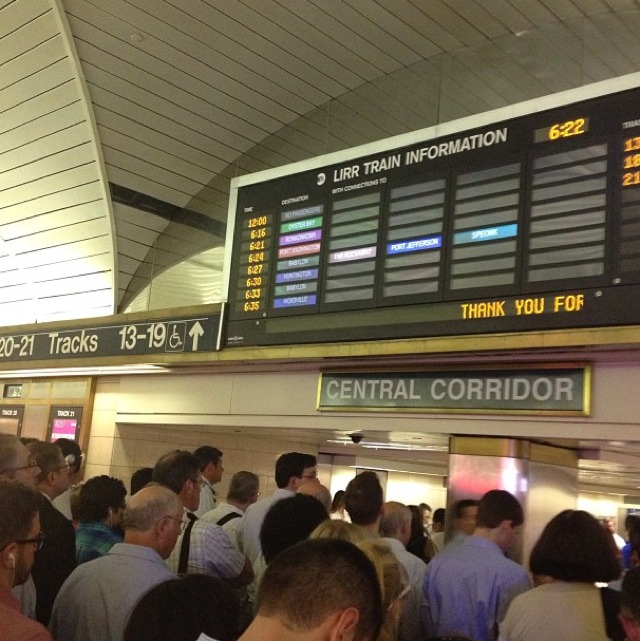 According to WABC 7, "Passengers in the rear five cars were able to walk through the train and evacuate. Another train is being brought alongside for passengers in the front five cars to disembark." And there are many passengers who are trying to get onto trains too! 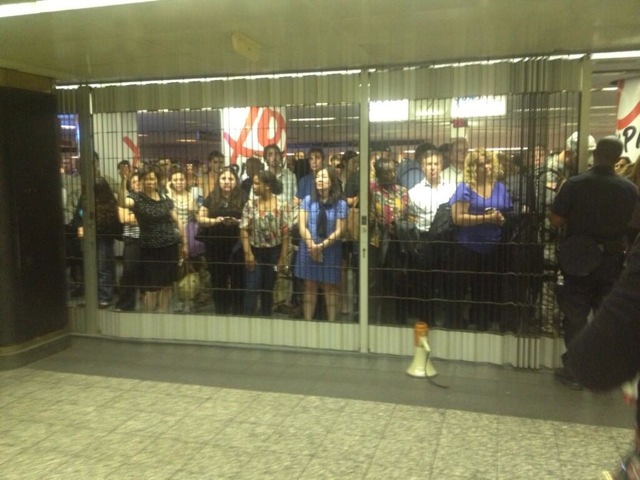 @sarah_brovda says "Avoid the LIRR at all costs, people! #isthisthetitanic"

The MTA says, "There are eastbound delays up to 15 minutes along with some cancellations out of Penn due to a disabled train in one of the East River tunnels. There is no westbound service between Jamaica and Penn and between Woodside and Penn. NYC Transit is cross honoring westbound fares on the E train at Jamaica and on the 7 train at Woodside.Access to Penn Station has been restricted. Monitor Service Status for updates." 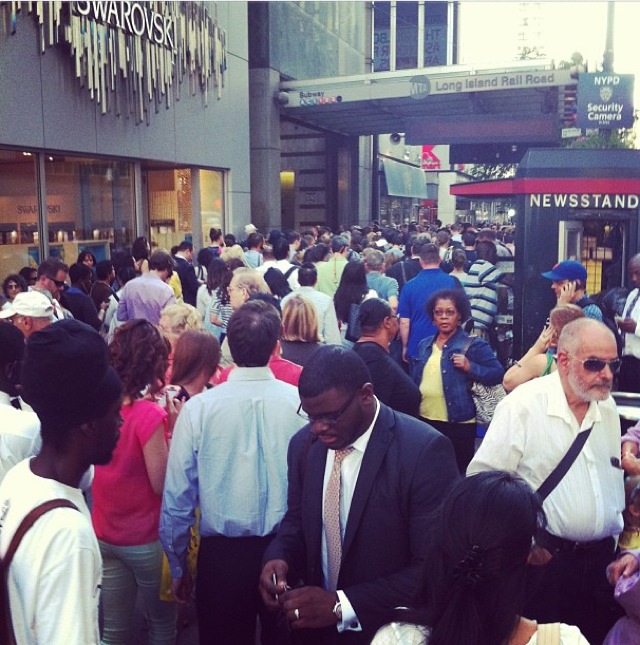 @gkilian says he left the LIRR and then couldn't get back into Penn Station!

MTA spokeswoman Marjorie Anders says, "The good news is that so far, there are no reported injuries. The bad news is, one out of four tunnels is blocked, and we expected delays and cancellations and combinations tonight on trains going out of Penn."

It's unclear how long delays will last. The police were turning people away:

#commute
#commuting hell
#lirr
#long island rail road
#penn station
Do you know the scoop? Comment below or Send us a Tip