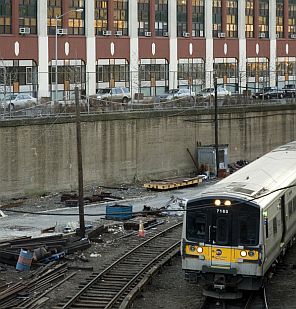 Some funny new details emerged yesterday in the trial of the retired cop infamous for aggressively silencing noisy passengers on the Long Island Railroad. John Clifford stood accused of assaulting a woman whose hand he twice slapped in March 2007 after she tried to intervene in his scolding of cell-phone talker Nicholas Bender. And if Jerry Seinfeld is looking for material for his new TV series, he’s got all the fodder he needs in yesterday's courtroom farce:

Clifford says he’s more like Rosa Parks. Smoking a celebratory cigar outside the court, he compared himself to the civil rights trailblazer and told reporters, "I don't think I should be punished for maintaining my rights to be alone.” An LIRR rep expressed disappointment with the ruling, but the obvious solution here is for the railroad to provide Clifford with his own private soundproofed train car, where he won’t be subjected to any disruptions from the lower orders.

#acquittal
#cell phone
#coffee
#court
#first amendment
#innocent
#John Clifford
#lawsuit
#lirr
#MTA
#trial
Do you know the scoop? Comment below or Send us a Tip
A new Gothamist is coming! We’ve moved comments over to our beta site. Click here to join the conversation and get a preview of our new website.