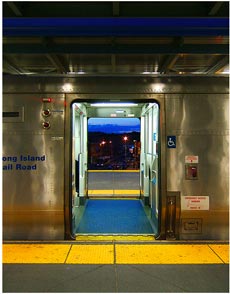 Two weeks after the NY Times found that virtually most retired Long Island Rail Road employees since 2000 have successfully applied for disability payments--at a cost of $250 million in federal funds--the LIRR president Helena Williams announced she is creating a unit to review disability applications, requiring LIRR workers to undergo ethics training, and asking for legislation to overhaul the U.S. Railroad Retirement Board, which approves disability requests.

Williams said the internal "compliance" unit would review injury-related pension applications. The Post reports that "Williams now wants the board to confirm a retiree's position within the LIRR to make sure the injuries are consistent with his or her job," which sounds so logical, it's almost shocking it wasn't done before.

Williams explained, "I am proposing there should be a difference between the standards used for somebody who is in a physically taxing position and somebody who is essentially behind a desk," referring to how many of the LIRR's white-collar employees managed to get disability.

Williams also announced a hotline for employees to report abuse. There are currently investigations into the possible disability abuse from the U.S. attorney and NY State Attorney General Andrew Cuomo, while the MTA's and Railroad Retirement Board's inspector generals have both started reviews. (The feds raided the USRRB's offices shortly after the Times story.)

#disability
#disability payments
#lirr
#long island rail road
#U.S. Railroad Retirement Board
Do you know the scoop? Comment below or Send us a Tip
A new Gothamist is coming! We’ve moved comments over to our beta site. Click here to join the conversation and get a preview of our new website.