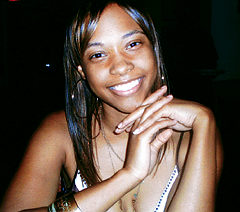 Kuby criticized the authorities, "In order to crack the big case and to get the big headlines, there was a rush to judgment, in which the police engaged in an end run around the most basic constitutional protection, the right against self incrimination." 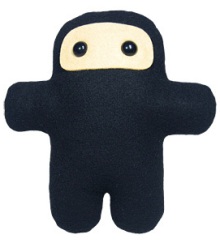 According to prosecutors, Lowery first told the police that a masked man came into Stein's apartment, a stranger that Stein told her to let in - and Stein supposedly was screaming at the man until Lowery heard seven "thumps." But, the Post reported, "interrogators kept hammering away" at Lowery's "ninja" story, and she "eventually she confessed to killing Stein with a 'stick' because the Realtor blew marijuana smoke in her face and wouldn't give her a 10-minute break," saying, "I grabbed the stick and hit her over the head six or seven times...I've been working too many hours... No one listens to me."

Police have maintained they were within their rights to question Lowery, because she contacted them first (the NY Times says that Lowery called and text messaged the detectives a number of times, "she asked if she should attend Ms. Stein’s funeral and complained that Ms. Stein’s daughter had taken photographs and papers from her desk") and said that she didn't want to talk to the first lawyer, Gilbert Parris, her family had retained. Parris, however, had told previously told police not to speak to Lowery without him present.

We asked a lawyer about whether there are limits to police questioning, as 12 hours sounds like a very long time to be questioned without access to a phone or lawyer. The scenario we gave was that a someone is called in for questioning (nothing further) and voluntarily goes to the station.

The first question is whether the questioning become such that the individual being questioned does not feel as if he is free to leave. As long as Person A feels as if he can leave at any time, there is really no durational limit to the questioning. Let's assume, however, that at some point during the questioning Person A no longer feels comfortable and asks to leave.

The police say "No, you're staying here until you answer our questions" or something to that effect. The "voluntary" questioning has now risen to a seizure under the Fourth Amendment. Probable cause to arrest -- or something close to it -- would probably be necessary for the police to continue the questioning at this point.
Or alternatively, let's assume Person A is brought into a windowless interrogation room that locks from the outside and has a window of one-way class on one side. Person A does not ask if he can leave because it is very clear to him that he is not. This could be a Fourth Amendment seizure as well, just due to the fact that, under the circumstances, a reasonable person would not feel free to leave.
Now, once a Fourth Amendment seizure has occurred, this "voluntary questioning" has now ripened into a "custodial interrogation." In such a case, even if the police have probable cause to detain Person A and continue the questioning, they are now required to give Miranda warnings. As I said earlier, the police, much like you or me, can talk to anyone they want and ask them anything they want. But once the person is effectively under arrest, the rules change and Miranda warnings are required. After such warnings are given, if Person A asks for a lawyer, the police may not continue to ask any questions (or even say things like "boy, you'd make a lot easier on yourself if you just came clean.") They must wait for a lawyer to appear for Person A unless Person A affirmatively, voluntarily and without coercion changes his mind about having a lawyer with him.

Interesting! As the case moves forward, we'll certainly be hearing more about it.