Pssh, you libtards actually thought that Rush Limbaugh suggested that the villain in the new Batman movie was named "Bane" on purpose to hurt Mitt Romney's chances in the election? Clean the Little Red Books out of your ears. “I never said that the villain was created by the comic book character creator to be part of the 2012 campaign,” El Rushbo said today. Nope. What he actually said was, "Do you think that it is accidental that the name of the really vicious fire breathing four eyed whatever it is villain in this movie is named Bain?"

Here's what Rush said earlier today on his program that plays in Cracker Barrel breakrooms across the country:

It has been quite instructive. This has been very, very illustrative, ladies and gentlemen.

Oh Rush forgot to tell you that between now and yesterday he bought the word "instructive" and changed its meaning to "stupid."

Yesterday on this program I uttered some words about the new Batman movie, and the evil villain named Bane. I made some comments about it. Doesn't matter what.

I have had more reaction to that than anything, including the Fluke thing. I've had my brother telling me that Twitter is going nuts.

Rush: *Yelling from toilet* HEY DAVE! CAN YOU TELL ME WHAT'S GOING ON THE TWITTER? CAN YOU SEARCH MY NAME?

I've been getting hateful e-mail, supportive e-mail. More people are concerned about whatever I might have said or didn't say about a Batman villain than they are about their own jobs.

Wait, is Batman killing jobs? IS BATMAN OBAMA? This is making our ears bleed so we'll just leave you with this image, which was created in 1993, accidentally. 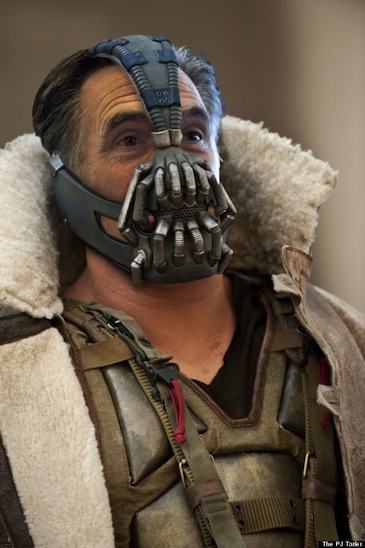 Image actually via This Is What I Look Like Now