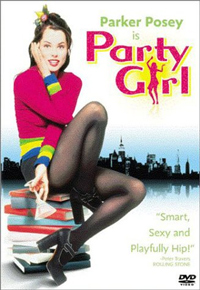 Like an elementary school kid who sees his teacher at a movie theater or in the grocery store, and is shocked that he or she doesn't sleep in the school's gym at night and requires food to survive, the media occasionally will note that librarians are not uniformly dour spinsters intent on shushing you and collecting late fines. The New York Sun ran an article Thursday regarding the growing number of librarians who live and socialize in Williamsburg. A group called the Desk Set––made up of librarians, archivists, publishers, illustrators, and the like––was formed by area residents in an attempt to improve the image of librarians beyond the typical stereotypes. They hosted a dance party on Memorial Day weekend, where young professionals gathered and drank cocktails with Dewey Decimal designations that alluded to their identities.

Today, The New York Times ran its own story on hip Williamsburg librarians, examining a group called the Desk Set––made up of librarians, archivists . . . well, you get the picture––hanging out at a neighborhood bar, where one of the group's founders describes how a male fellow librarian hates being called a "guybrarian."

Ms. Murphy was speaking of Jeff Buckley, a reference librarian at a law firm, who had a tattoo of the logo from the Federal Depository Library Program peeking out of his black T-shirt sleeve.

In the so-called information age, it seems obvious that expertise in information organization, storage, and retrieval would be highly valued skills. Young people who are technically adept are increasingly being drawn to the field of professional library sciences. Librarian stereotype-busting sites abound on the web. The Modified Librarian is a collection of people who work in the librarian field and have tattoos or other body modifications. Library Underground is a community of members who enjoy an alternative library culture. And the Lipstick Librarian is looking to install a little glamour into the woman behind the circulation desk.