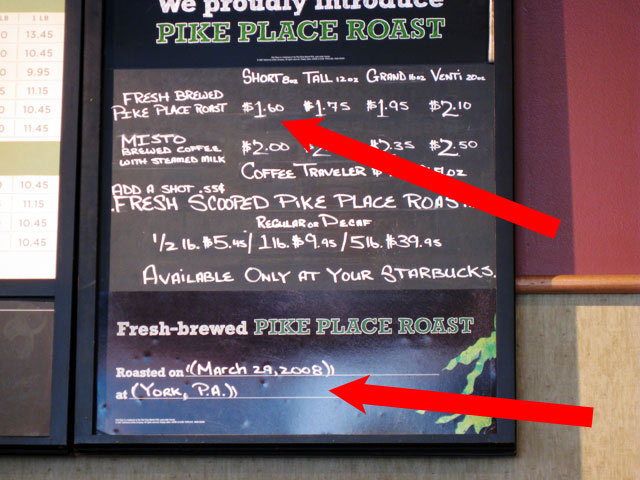 Starbucks unveiled its new everyday coffee brew--the Pike Place Roast--in stores today. The Seattle-based chain's press release explains the new brew has "Starbucks signature bold flavor with a smoother finish balanced by soft acidity and subtle, rich flavors of cocoa and toasted nuts." Additionally, the stores indicate when the coffee was roasted and will "brew smaller batches with a hold time of no more than 30 minutes." 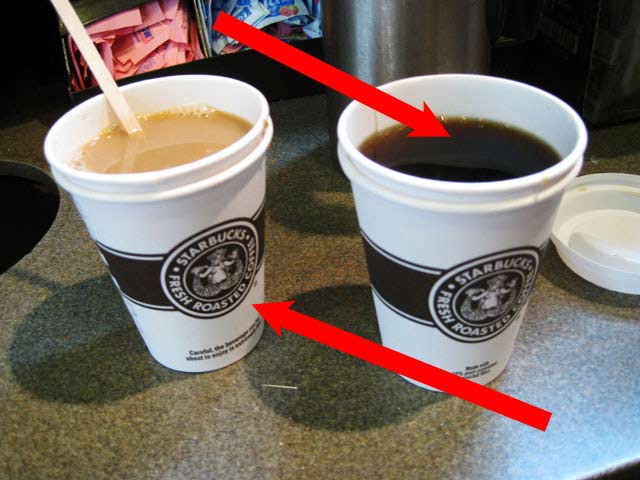 A store in Chicago actually ran out of the old roast earlier this week and starting selling the new two days early, allowing a Tribune reporter to file this review:

Pike Place delivers a pretty great cup of joe. It's got a light fruity and nutty aroma, a smooth feel on the tongue but nice body and no wimpy finish. This lighter roast (clearly a response to widespread complaints about Starbucks's penchant for over-roasting) allows a broader spectrum of flavors and aromatics to emerge, things that can sometimes be burnt away in a darker roast. Starbucks might not like this, but it kind of reminds me of Dunkin' Donuts' house coffee.

There's also a new logo on the coffee cups: Replacing the tradition green logo is a brown one, proclaiming "Fresh Roasted Coffee." A barista was happy with the new cups; he hoped the staff would be getting new hats with the brown logo. Another barista chimed in, "We need new aprons, too."

CEO Howard Schultz, who feels the new roast changes the coffee paradigm, ushered in the new java era by appearing in Bryant Park, where a replica of the Pike Place Starbucks location was constructed (Deputy Mayor Patricia Harris was the city official on hand) and bags of the roast were given away.