The massive brawl at Rikers Island that lasted for almost an hour started over a grilled cheese sandwich. The melee, which was caught on a cell phone camera, left eleven inmates injured (some seriously) and one officer. One "jail insider" tells the Daily News it all started because "members of the Trinitarians, a Dominican gang, were upset their rival Crips were not letting them use a hot plate to cook the snack." 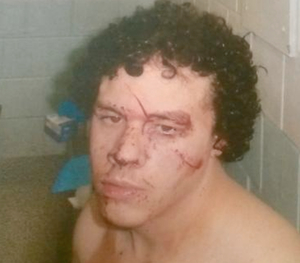 Many of the injured inmates were stabbed.

The fight started at 9:20 p.m. and didn't stop until shorty after 10 p.m. And why did it stop? Because the inmates got tired of fighting and called a truce. "We don't have the staff to break it up," Correction Officers Benevolent Association president Norman Seabrook told the News. "The officers certainly can't go in there with just 3 officers against 60 inmates."

A Correction Department spokesman disagrees that staffing was the problem, and issued a statement saying, “While the housing unit was fully staffed—and a considerable number of staff and supervisors on post in the jail and on Rikers Island responded—there is every indication that this situation could have been handled differently and that this incident went on far too long."

Dozens of inmates face new criminal charges and many are now in solitary confinement.

#brawl
#fight
#Rikers Island
Do you know the scoop? Comment below or Send us a Tip