"A grand jury would indict a ham sandwich," the famous saying goes. But according to several legal experts, a Staten Island grand jury's decision not to indict officer Daniel Pantaleo in the chokehold death of Eric Garner was likely prompted by the prosecutor, Richmond County District Attorney Daniel Donovan, Jr. "There is no question that a grand jury will do precisely what the prosecutor wants, virtually 100% of the time," says James Cohen, a law professor at Fordham University who specializes in criminal procedure. "This was, as was the case in Missouri, orchestrated by the prosecutor."

While most legal experts believed that the grand jury did not have enough evidence to prove a murder charge, the grand jury could have charged Pantaleo with manslaughter or criminally negligent homicide.

"In this case, you had videotape, and the videotape is pretty darn clear," Cohen says. "The video showed that the officer engaged in a long-prohibited conduct, a chokehold, and it doesn't seem to make any difference to the jury. And that's because the prosecutor decided that there should be no indictment for any criminal behavior." 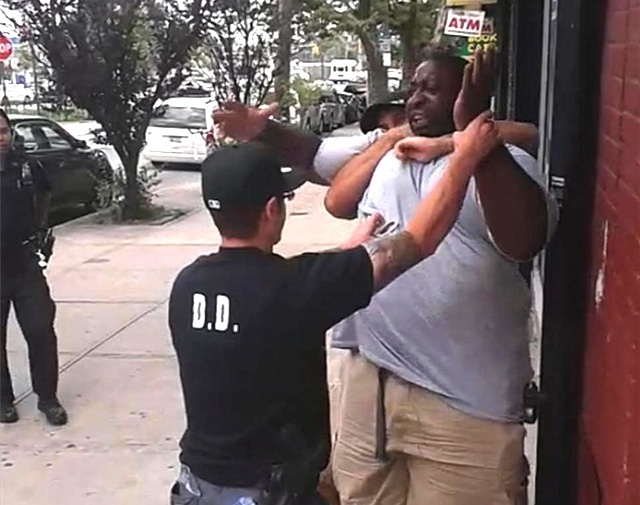 In a statement, DA Donovan noted that he is barred from disclosing any details surrounding what took place during the grand jury proceeding, but that he petitioned for the information to be released on a court order.

Jeffrey Fagan, a law professor at Columbia who specializes in police accountability and criminal law, says he was "not surprised" by the grand jury's decision.

"It’s politically costly for Dan Donovan to indict a police officer on Staten Island. He can easily shift the political and legal burden to the Department of Justice to decide whether to pursue criminal charges. He’s washed his hands of it."

Fagan says that the federal civil rights statute "is a big hurdle to get over. Not impossible, but it will take some work," and suggested that civilian deaths involving the police should perhaps be handled by an independent or special prosecutor.

"The result here, as in Ferguson, may have as much to do with the grand jurors as with the preferences of the prosecutors. Grand jurors in Staten Island may not be all that different in their world view from grand jurors in suburban St. Louis."

Cohen was skeptical that the federal government would pursue charges against Pantaleo.

McLaughlin, who has handled cases of wrongful death involving the police since 1997, said he was "almost speechless" after hearing about the grand jury's decision.

"Look at the facts of the case, and the videotape, and the fact that the officer has his arm around the man's neck in a chokehold, and the man is saying 'I can't breathe.' If you can't indict that cop for anything, then basically you can't indict a cop for killing a black man, period."

#daniel donovan
#eric garner
#police brutality
#staten island
#original
Do you know the scoop? Comment below or Send us a Tip