Legal Aid immigration attorney Sarah Gillman has a client who she thinks deserves leniency. A green card holder, he has lived in the United States for years. His criminal record can be absorbed at a glance: one misdemeanor for marijuana possession. That conviction technically qualifies him for deportation, but Gillman is banking on a set of Obama-era Immigration and Customs Enforcement guidelines issued in 2011, and updated in 2014, that rank him as a low priority.

"The Obama administration endorsed and supported the idea of being able to look at cases in a discretionary manner," Gillman, who supervises the immigration law unit, told Gothamist in a recent interview. "That doesn't mean that it was exercised in every case, but it does mean that discretion was a possibility."

Gillman currently has a pending application with ICE at 26 Federal Plaza, requesting that her client's case be taken off of the court docket. In technical speak, she's applied for prosecutorial discretion, or PD. A positive ruling would defer, likely indefinitely, the looming threat of deportation.

But the climate in Immigration Court has changed palpably since the election of President Donald Trump, and defense attorneys say a positive outcome in any PD case is far from certain. Several told Gothamist that they understand all applications to be on hold.

"There's been a clear and distinct shift," said Michael Musa-Obregon, managing attorney for the New York-based immigration firm MusaObregon and Associates. "Before January 20th we would go into court and there were legal accommodations being made under PD. After January 20th applications are not being accepted."

Alisa Wellek, executive director of the Immigrant Defense Project, said she'd also observed a change. "We've heard the trend of PD being denied now," she told Gothamist. "According to some attorneys, they have been told that all Department of Homeland Security Office of Chief Counsel prosecutors have been instructed not to exercise PD in removal cases." 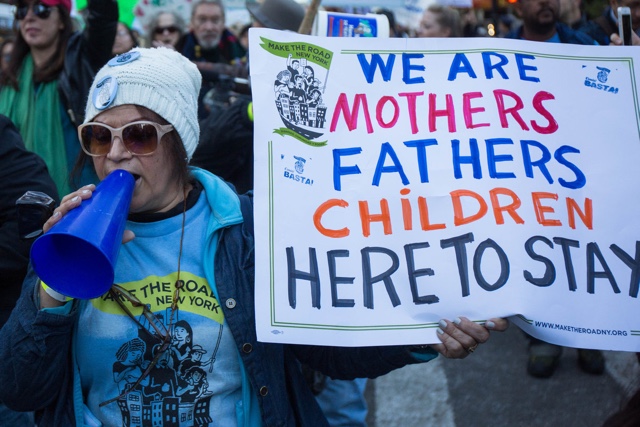 Prosecutorial discretion has been exercised to a degree in immigration courts for decades. ICE, after all, only has so much capacity. The undocumented population in the US has hovered around 11 million for years. ICE deports around 400,000 people per year—a population that also includes lawful permanent residents like Gillman's client.

"PD is basically the idea that a judge can differentiate between a jaywalker and a bank robber," Wendy Feliz, head of communications for the American Immigration Council, a pro-immigrant policy organization, told Gothamist.

But the Obama administration memos, written by then-ICE Director John Morton, marked the first time that ICE explicitly listed case characteristics deserving leniency. "What the administration was saying is: we have to build some grace into the system," Feliz said.

Guidance issued that summer stated that ICE should give priority to a wide range of deportation cases, including those against suspected terrorists, individuals with a felony conviction or multiple misdemeanor convictions, gang members, and those who had crossed the border illegally in the last three years.

Non-priority cases, meanwhile, were to be taken off of the administrative docket. These included cases for people with a "very long-term presence" in the US, those with children who are US citizens, the young, the elderly, those with physical and mental disabilities, and legal permanent residents with a single conviction. People with "serious" misdemeanor convictions—sexual abuse, drunk driving, gun possession—were to take priority for deportation over, say, marijuana convictions.

"These are the low-level cases where someone gets caught up in a raid and is in the wrong place at the wrong time," said Volunteers of Legal Service Immigration Project Director Liz Markuci. (While NYC laws limit cooperation between ICE and law enforcement, ICE still has the bandwidth to investigate cases and make arrests here.)

At the time, a Migration Policy Institute report predicted that the new guidelines could reduce deportations from towns and cities (as opposed to border removals) by about 25,000 cases per year. According to MPI, about 87 percent of non-citizens in the US as of 2015, or 9.6 million people, likely fell outside of the prioritization categories.

Interior removals had already dropped off significantly since 2011, though a tripling of border removals solidified President Obama's reputation as the "Deporter in Chief".

"What you are going to see under Trump, is he wants that interior number way up," Feliz predicted. "No discretion. Move them all out." 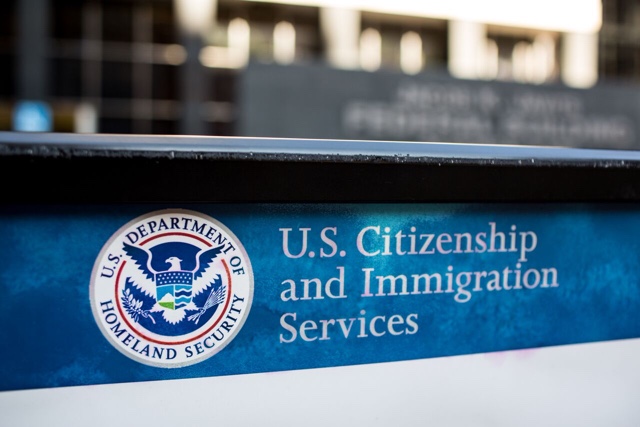 "PD by its very name means that it's a case-by-case determination, and people have complained that even under the 2014 guidelines many were denied PD who they felt warranted it," said Stephen Yale-Loehr, an immigration professor at Cornell Law School.

According to TRAC Immigration, a nonpartisan database for immigration statistics, PD has accounted for about 10 percent of all closed cases in New York City immigration court since it was instituted in 2011: 6,506 of a total 60,573. (Mary Giovagnoli, a former deputy assistant secretary for immigration policy at DHS, argues that PD is likely applied much more often, as discretion can kick in before a case even gets to court.)

Theodore Hartman, another MusaObregon attorney, worked in immigration court in Louisiana before moving to New York. He says PD has become a reliable option for him, though it has been unevenly applied nationally.

"I probably asked for PD 20 times in Louisiana and got it zero times," he told Gothamist. "But I don't remember a time that we went for PD in New York and didn't get it. It's always the default plan." 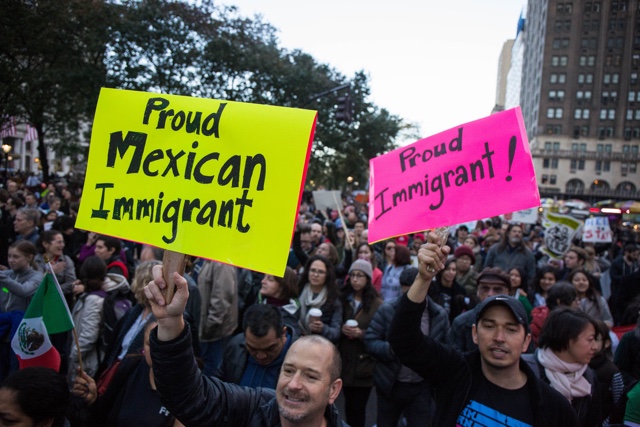 But Feliz pointed to the broad language of Trump's executive order, "Enhancing Public Safety in the Interior of the United States." In it, a person who has crossed the border illegally is ranked on par with a violent criminal.

"They haven't said, 'Hey we're scrapping the Morton Memos,'" Feliz said. "But the executive order gives ICE this signal that it's okay to start going after people they wouldn't normally."

Attorneys said the shift away from PD could have a range of consequences. "Cases that wouldn't have been a priority under Obama are just going to be clogging up the court system even more," Camille Mackler, director of legal initiatives at the New York Immigration Coalition, predicted. "It's going to take longer and longer for courts to get through cases."

Markuci said she fears hardline rulings across the board. She has clients with old removal orders that prevent them from applying for a visa. They may not currently be on ICE's radar. "Normally you could go try to work with ICE counsel and say, 'Hey, we want to reopen that old removal case so you can terminate it,'" Markuci said. "Now we're rethinking our strategy."

Even if a non-citizen ultimately evades deportation, "The strain of going to court, of having the threat of removal always there, can be very damaging for someone," Gillman said.

There are, of course, logistical restraints. "There are only so many ICE enforcement officials, and the new executive order basically makes everyone a priority," said Yale-Loehr. "So it's going to be hard for them to... actually deport more people, unless Congress funds the money."

Gillman added that she and her fellow attorneys are going to continue to pursue "every right our clients have." (See our guide to those rights.) NYC has a strong representation record—about 90 percent of immigrants in deportation proceedings have a lawyer, compared to 40 percent nation-wide.

Meanwhile, evidence of aggressive ICE activity is mounting: a mother in Arizona was deported after eight years of low-priority status; a Deferred Action for Childhood Arrivals student was detained in Seattle. And of the 608 ICE arrests last week, 25 percent were of people with no criminal record.

"PD is a benefit for some individuals when the scales are tipped so out of balance against them," said Markuci. "The idea that even that might be in jeopardy is really challenging for anyone who's trying to advise people and look for ways to protect their rights."

#Hardline
#ICE
#immigration court
#Prosecutorial Discretion
#longform
#original
Do you know the scoop? Comment below or Send us a Tip