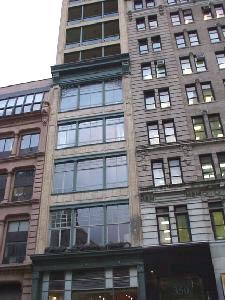 New York City zoning laws are confusing. But there are questions about whether a condo seller and her real estate brokerage misled a couple into thinking they were getting a three-bedroom home, when the apartment technically only has one bedroom.

The dispute: The Post reports that Valery and Revital Joseph bought a 3,000 square foot apartment at 354 Broadway from fashion designer Cynthia Rowley. The home cost $2.3 million and was advertised a three-bedroom by Corcoran, but two of the so-called bedrooms have "windows on the lot line - the wall adjoining the edge of the property." And calling a room with lot-line windows a bedroom is illegal, because, as the Real Deal explains, "a bedroom to legally be a bedroom, it has to meet certain size requirements and have a legal window -- that is, a window the overlooks the street or a courtyard." In fact, some lot-line windows don't even open and have fireproof glass.

The Josephs sued Rowley and Corcoran on the grounds that if they resell the apartment, they can't call it a three-bedroom and might lose money. The NY State appeals court (the highest in the state) unanimously voted to allow the lawsuit to go forward, with Justice David Friedman writing, "Questions of fact exist as to whether the brokers, individually and as agents for the seller, materially misrepresented the number of legal bedrooms."

If this goes to court, it'll be interesting how the apartment as a 3,000-square-foot one-bedroom would be appraised. The Post adds that Rowley had offered to buy back the apartment, but since the Josephs have settled in with their children already, they didn't want to uproot again. And Corcoran's lawyer says, "It's very easily discoverable and any attorney representing a client purchasing an apartment would determine whether this was indeed a legal bedroom."

#broadway
#children
#city
#court
#cynthia rowley
#david
#fashion
#laws
#lawsuit
#money
#new york
#new york city
#ny state
#real estate
#The NY
#the post
Do you know the scoop? Comment below or Send us a Tip
A new Gothamist is coming! We’ve moved comments over to our beta site. Click here to join the conversation and get a preview of our new website.