Lawsuit!: Brokers Have No Room for the Kids 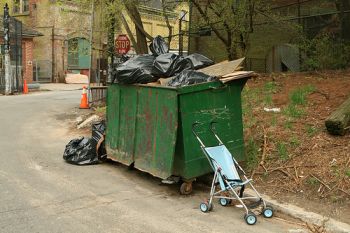 Park Slope parents, and even soon-to-be stroller pushers, may be having a hard time finding the perfect brownstone. Seems Brown Harris Stevens, and other real estate agents (see: Craigslist), are discriminating against the little tykes of New York. The release we received from the plaintiff's lawyer, Mariann Meier Wang, stated:

The lawsuit alleges that in 2006 and 2007, BHS real estate agents refused to show apartments for rent or to negotiate with Jamie Katz and his wife, Lisa Nocera, because they were expecting and then had a child. The Katz/Nocera family alleges they were told by two different BHS agents with rental listings that the owners of available apartments in Brooklyn Heights and Park Slope would not rent to a family with a child. One agent is alleged to have said, “I’ll show you everything available that I think is suitable for kids.”

From there, the Fair Housing Justice Center (a nonprofit group) sent testers posing as prospective renters, both with and without children. Surprise, surprise, those sans children were shown apartments that parental renters were not allowed to see. The NY Times got in touch with one of the families who owned a home in question, and while they are not part of the suit, they stated that they never told the firm they did not want children, and in fact ended up renting their apartment to a family.

The plaintiffs seek to represent a class of “all persons who have or will seek rental properties through BHS to inhabit with a child or children under the age of 18.” Their hope is that the court will find "that the defendants have engaged in illegal housing discrimination, requiring the defendants to take all necessary steps to prevent future discrimination, and providing damages pursuant to the federal Fair Housing Act, the New York State Human Rights Law, and the New York City Human Rights Law."