The law has been hazy on the burning question of whether taking a ballot selfie is legal in NYC. While both the city and state Board of Elections say that photographing a marked ballot is illegal, civil rights lawyer Norman Siegel told us in April, "I would argue that the First Amendment should allow the citizen to take a selfie." Now, two state lawmakers from Manhattan want to clear things up and just allow ballot selfies once and for all. Finally, we'll be able to up our game from boring ol' "I Voted" sticker selfies! 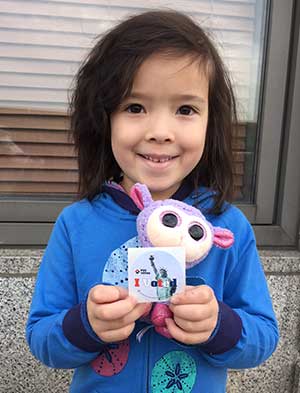 Stickers are great, but they give anyone a sticker! (Jen Chung / Gothamist)

Assemblymember Linda Rosenthal and State Senator Brad Hoylman announced on Friday that they will introduce the #IVoted Bill—which would legalize ballot selfies—next month. The issue has gained steam after Justin Timberlake went to Tennessee, voted and Instagrammed a ballot selfie to encourage his followers to vote—only for the press to point out that it's illegal to post such images in the state. Tennessee authorities won't prosecute him, but he still deleted the selfie.

While some officials have argued that showing a marked ballot could be interpreted as intimidation to vote or not vote for a candidate, a press release from Rosenthal and Hoylman suggests that allowing selfies might actually encourage voter participation because of social media:

Across the United States, voter turnout is notoriously low. Only 57.5% of all eligible voters nationally cast their ballot in the 2012 presidential election. Turnout was slightly worse in New York, with only 53.1% voting for president in 2012.

Eighteen states, including New York, currently prohibit voters from taking photographs of their ballots. New York’s prohibition originated as a protection against voter coercion, including employers coercing their employees to vote for or against a certain candidate. The bill, which will be formally introduced in mid- to late-November, will remove the prohibition against ballot photographs, but maintain the protection against intimidation and coercion.

Social media has revolutionized the way that we do everything, and can and should be used to help encourage civic participation. Young people, who are dramatically underrepresented at the polls, but increasingly people of all ages, use social media sites, such as Instagram, Twitter, Facebook and Snapchat, to promote products and people. Why not use social media as a tool to help promote voter turnout?

Rosenthal said, "I can hashtag just about anything on social media, but not the fact that I voted by showing my completed ballot. Voting is the most important exercise in a free and democratic society, and we in the government should do all that we can to encourage voting. Allowing people to celebrate online the fact that they participated in our democracy will help increase voter turnout and civic participation."

"It’s called participatory democracy for a reason. It just doesn’t make sense that in the 21st century, New Yorkers can’t share their participation in voting, the most fundamental act of our democratic process, on platforms like Twitter, Facebook and Instagram," said Hoylman. "Our election laws need to be updated to end this anachronistic ban."

Last month, a federal court ruled that a New Hampshire law banning ballot selfies was stupid, "Digital photography, the Internet, and social media are not unknown quantities—they have been ubiquitous for several election cycles, without being shown to have the effect of furthering vote buying or voter intimidation."