The 1, 2, 3 trains were delayed last night due to flooding at the West 79th Street station. Of course, the fast rate of rainfall caused the usual problems at other stations:

A tree fell onto the Metro-North tracks Danbury, which had commuters waiting an hour for another train, and flights were delayed for a few hours.

Today, the weather will be in the 70s but the National Weather Service warns of "Heavy Downpours" and dangerous rip currents. 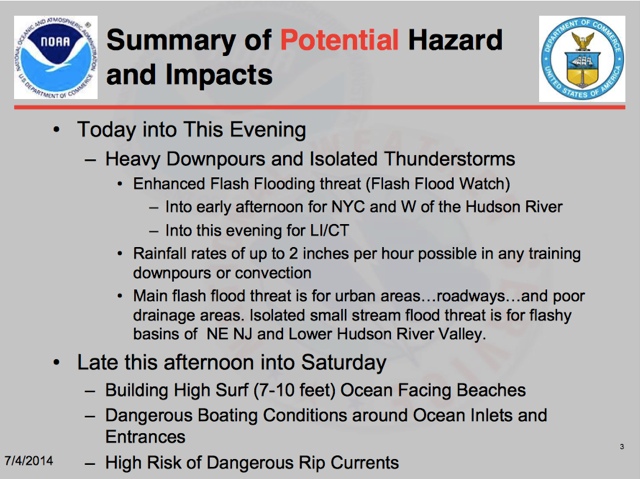 #rain
#storm
#weather
Do you know the scoop? Comment below or Send us a Tip