Last Night's Action: Wins For Everyone 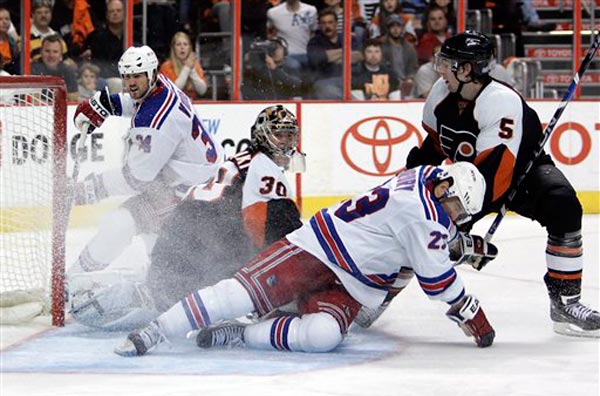 Photograph of the Rangers' Chris Drury being pulled down by the Flyers' Braydon Coburn, right, as goalie Antero Niittymaki and Rangers center Aaron Voros by Tom Mihalek/AP