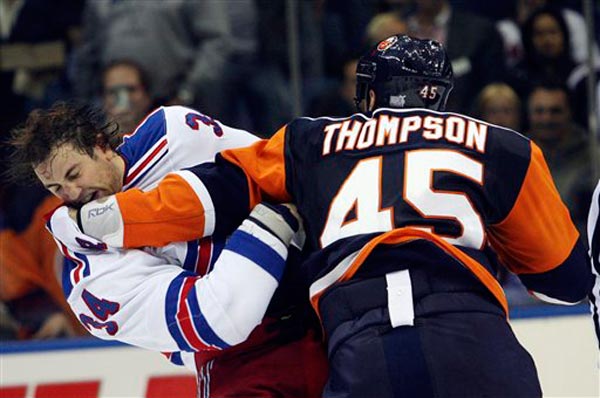 It’s been a long wait for Chris Drury. Eleven games into the season, Drury didn’t have any goals. That changed Monday night as Drury found the net twice in the Rangers 4-2 win over the Islanders at the Nassau Coliseum. Drury scored just 56 seconds into the game to give the Rangers the lead, but the Islanders tied things up as time was expiring in the first period on a wrist shot by Kyle Okposo.

However, the Rangers scored the next three goals with Ryan Callahan and Scott Gomez both lighting the lamp before Chris Drury added his second goal of the game. Mark Streit scored a late goal in the third period, but there wasn’t enough time left for the Islanders to mount a comeback.

The win improves the Rangers’ record to 9-2-1 and leaves the Islanders with only four points after eight games.