Last Night's Action: It Must Be the Holidays 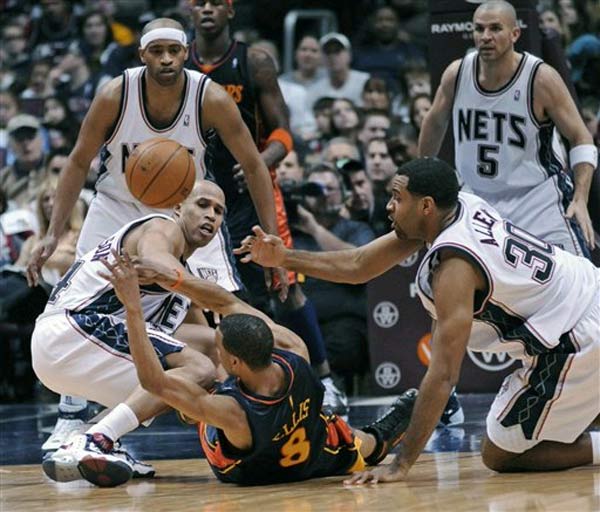 Photograph of the Nets' Richard Jefferson, left, and Malik Allen scrambling for a ball with Vince Carter and Jason Kidd in the background by Bill Kostroun/AP