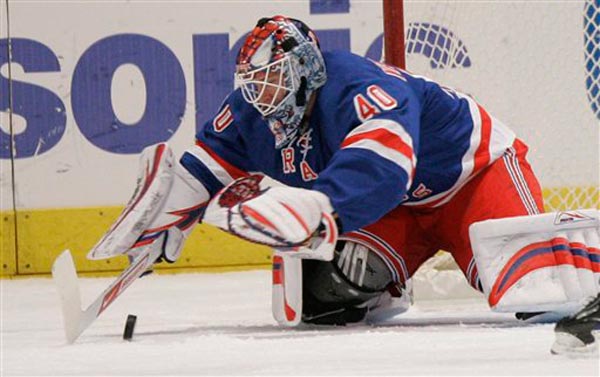 Hopefully, Wednesday’s 6-3 loss will represent the worst effort the Rangers give all season. They came out flat, gave up three breakaways in the first ten minutes and committed atrocious turnovers in their own zone. Yet, somehow they only trailed 2-0 after one period.

Tom Renney must have given the team the worst pep talk in history, because Vancouver made it 4-0 in the first three minutes of the second period. Chris Drudy scored to make it 4-1, but the Rangers went on a penalty spree that resulted in Vancouver getting an extended 5-on-3 advantage that they converted to make it 5-3. That was it for Henrik Lundqvist who was pulled, but can hardly be blamed for the lack of defense in front of his net.

New York actually made a game of it over the final 30 minutes, but Roberto Luongo made some big saves to keep the Rangers from catching up.

#Chris Drury
#Henrik Lundqvist
#hockey
#rangers
#sports
Do you know the scoop? Comment below or Send us a Tip
A new Gothamist is coming! We’ve moved comments over to our beta site. Click here to join the conversation and get a preview of our new website.