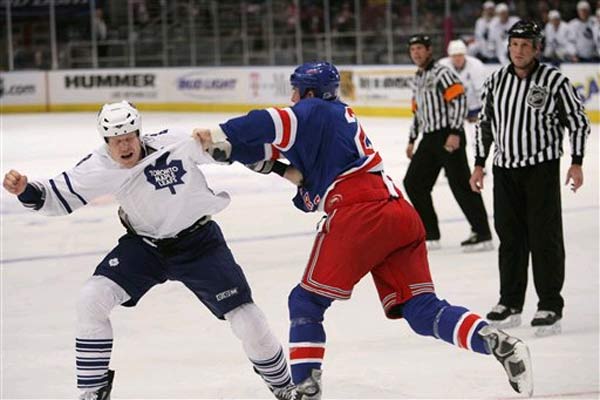 The New York Rangers have hit a speed bump, coming out flat in two-straight games, getting some bad goaltending and losing badly at home. Thursday night’s 6-2 loss was even more disappointing than Tuesday’s because the Rangers rallied in this game and then fell apart.

At that point Tom Renney chose to change goaltenders, lifting Henrik Lundqvist. The move made sense on two levels, Lundqvist was bad allowing four goals on ten shots, and the Rangers have a game tomorrow. But the move didn’t work and the Maple Leafs added two more goals to finish the rout.

Sure the Rangers miss Sean Avery, but perhaps it is time to admit that Tom Renney is overworking Henrik Lundqvist? If Renney doesn’t feel comfortable with Stephen Valiquette as the backup then the Rangers need to find a new one