An alleged nightmare neighbor is keeping his Upper West Side apartment building infested with bedbugs by refusing to allow an exterminator to spray his place, placing his bug-ridden items in the lobby unwrapped, and spending his days in another bedbug-plagued building, according to a lawsuit filed last week by his landlord.

Several tenants in the six-story, 23-apartment building at 2 Riverside Drive complained to their property manager late last year that they had bedbugs, according to the lawsuit filed in New York County Supreme Court. The manager sent out a letter dated December 14th telling tenants that an exterminator would come in two days to inspect all the apartments, and that they should notify him "ASAP" if they saw any signs of infestation in their units. When the exterminator conducted his sweep with a bedbug-sniffing dog, he found five apartments infested, including the one occupied by a man named James Behan, who manager Matt Goodman claims did not mention the problem.

Describing what he found in Behan's apartment in an affidavit, exterminator Navin Sankar said, "It was one of the worst infestations I have ever seen in my 17 years of experience as exterminator." The bedbugs were, he said, in the baseboards, in electrical outlets, on the ceiling, and in the furniture.

The building's super said he spoke to Behan that day and that Behan said he was aware he had bedbugs, but that he was treating the problem with Combat, an apparent reference to a brand of bait poison that claims to be more effective than sprays at killing ants and roaches (the company's website does not mention bedbug-treatment products). In a subsequent phone call, Goodman says Behan told him he knew all about how to deal with bedbugs, having had them at a previous apartment, and also mentioned that he visits a bedbug-infested "shelter" "on a daily basis." 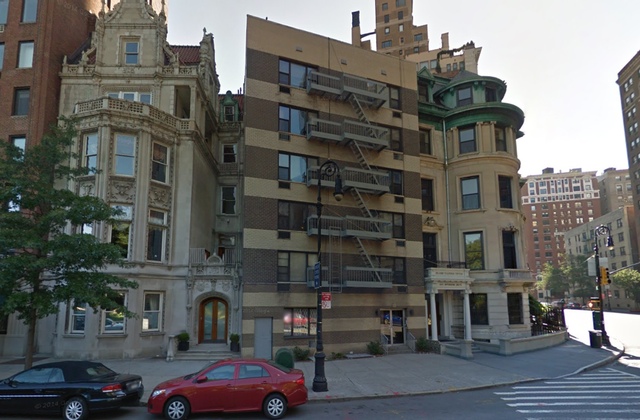 According to the lawsuit, which was first reported by DNAinfo, Behan allowed an initial spraying of his apartment, but Sankar subsequently asked to check out his car, and when he found that it too was infested, Behan refused to allow him to treat it. And though Behan had been told to bag infested clothes and other items before throwing them out, tenants reported seeing him place unwrapped objects in the lobby, the suit states.

Sankar determined that, given the severity of the bedbug problem in Behan's apartment, it is probably the source of the building's infestation, and that unless he allows his car to be treated and follows instructions for his apartment, the pests will persist.

The LLC that owns the building, controlled by a Teaneck, New Jersey resident named Anita Milch, is asking a judge to order Behan to comply, saying that he has broken his lease and violated the building code. The company is also seeking $300,000 in damages, and says that other tenants have threatened to move out and sue if the infestation continues.

Behan, the company says in its suit, is "interfering with the comfort, rights, safety, health and well-being of the other tenants."

Goodman, the property manager, declined to comment on the advice of his company's lawyers. It was not immediately clear how to reach Behan.

#2 Riverside Drive
#bad neighbor
#bedbugs
#exterminator
#lawsuit
#Upper West Side
Do you know the scoop? Comment below or Send us a Tip
A new Gothamist is coming! We’ve moved comments over to our beta site. Click here to join the conversation and get a preview of our new website.