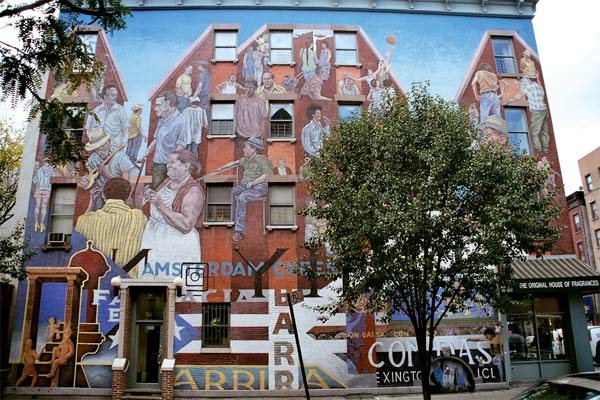 Yesterday, East Harlem residents protested "greedy landlords" to raise concerns about gentrification. One resident, Otoniel Santiago, told amNew York that his $1,100 rent for his family's two-bedroom has zoomed up to $3,000 because of extra charges his landlord has added, "They said I had to pay or they would take legal action. I think they want us to get tired and move out, then they will bring in people who will pay $1,700 a month."

The group Movement for Justice in El Barrio says that tactics like that were not unusual. The other week, the Daily News' Albor Ruiz had a column about the worries stemming from British corporation Dawnay, Day's purchase of 47 rent-stabilized and rent-controlled buildings in East Harlem. Dawnay, Day's director Phil Blakely had given an interview with the Times of London about his company's plans:

“This is the area close to Mount Sinai hospital — you go down the streets and there are a lot of shopping centres being opened up. There are lots of young professionals moving in. It is a bit like buying in Brixton 15 years ago, where house prices have since gone up fivefold.”

Dawnay, Day has already started preliminary negotiations on other large property portfolios in Harlem, Lower Manhattan and Queens. The bank is also considering sites in Chicago.

Mr Blakeley added: “Our intention is to build up. We are not just looking at New York — that is just a start. Our aim is to have in excess of $5 billion within a short period — within a few years.”

Mr Blakeley said that he had been attracted partly by the legal system for the leasings market, which, like the now-largely defunct old British system, allows for regular fixed-rate rises in rents for long-term sitting tenants. Once a tenant moves out, the chance to renovate and re-let at open market rates can offer the chance to raise the rent tenfold, which at the same time massively increases the capital value of the building.

In other words, get the tenants to move out so rents can be jacked up. Which is why Movement for Justice in El Barrio's Juan Haro calls Dawnay, Day "worse" that the buildings' previous owner, Steve "One of the Worst Landlords in New York" Kessner.

A reason why the threat of gentrification is so chilling to longtime residents: According to amNY, "Prices per square foot in East Harlem skyrocketed 39.5 percent between 2005 and 2006," which is the biggest increase anywhere in Manhattan. Haro also says that the city's Department of Housing Preservation and Development needs to enforce housing laws more actively. El Diario had an editorial mentioning that the NY State Division of Housing and Community Renewal needs to keep a closer eye on landlords as well.

Photograph of an East Harlem building by rob hoey on Flickr