Knives Come Out for Palin's 2012 Chances 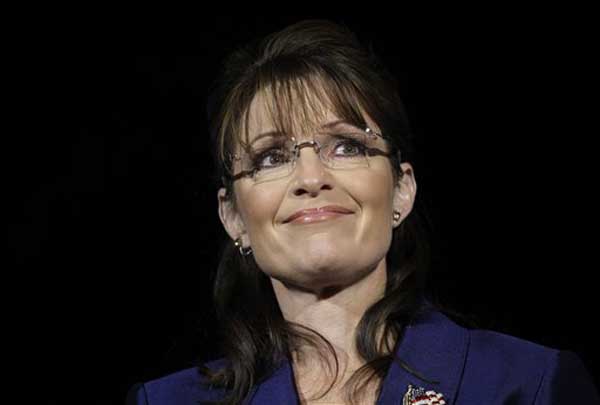 Alaska governor and vice-presidential candidate Sarah Palin didn't rule out running in 2012 when asked about her future in politics earlier today. She said, "2012 sounds like years away. 2012 ... what will we be doing there, guys. Enrolling Trig in kindergarten and watching Willow get ready to go off to college. There are a lot of good things that will happen in 2012." And she told the town of Wasilla after her concession, "We're going to be just fine. It is a shining moment tonight in history. We do congratulate Barack Obama. It's a great night in history. But I'll tell ya, Wasilla - and everybody there in Alaska - I am just proud to be able to represent Wasilla. I am neither bitter nor vanquished, but very confident in the knowledge that there will be another day. "

But first, some bad things for Palin in 2008. Yesterday, Newsweek teased details in its special Election issue (on stands today) about the tensions between the McCain and Palin camps. For instance, Shoppinggate: McCain adviser Nicole Walls was "told ...to buy [Palin] three suits for the convention and hire a stylist. But instead, the vice presidential nominee began buying for herself and her family—clothes and accessories from top stores such as Saks Fifth Avenue and Neiman Marcus." Sources say that not only was the wealthy donor who bought the clothes "shocked when he got the bill," apparently "Palin also used low-level staffers to buy some of the clothes on their credit cards." An "angry aide" told Newsweek the Palins were "Wasilla hillbillies looting Neiman Marcus from coast to coast."

And then Fox News reporter Carl Cameron spills his off-the-record (until now) guts on how Palin allegedly didn't know that Africa was a continent, didn't know the countries in North America, and basic civics. She refused help before her interview with Katie Couric and also, too, she could be really mean.

Palin heads back to Alaska to continue serving her first term as governor. Asked by reporters gathered for her homecoming about the allegations, she said, "If they’re an unnamed source, then that says it all. I won’t comment on anybody’s gossip, or allegations that are based on anonymous sources. That’s kind of a small, evidently bitter type of person who would anonymously charge something foolish like that, that I perhaps didn’t know an answer to a question.” And check out the video of Palin saying how she's disappointed in the media.

#gop
#john mccain
#republican party
#sarah palin
Do you know the scoop? Comment below or Send us a Tip