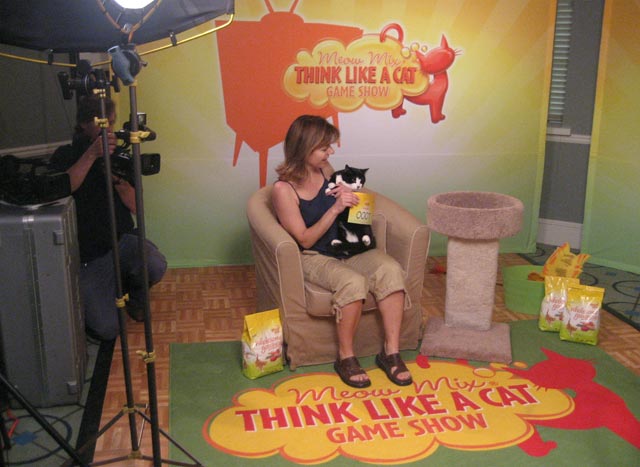 Attention, outgoing felines and their human companions: The Meow Mix Game Show is having auditions tomorrow and Sunday to find contestants for "the world’s first game show to test how well people can think like their cat." Sleep...groom...chase a fly...sleep.

We're told the audition includes a written quiz on cat knowledge/trivia (for the humans, we imagine) and then a Hollywood-style screen test to see how the person-putty tat pair look on camera. For every team that auditions, Meow Mix will donate a pound of Wholesome Goodness® cat food to New York’s Animal Haven shelter.

Ultimately, one team from New York will be flown to Los Angeles for the game show taping (to air on the Game Show network in November), competing against teams from seven other cities for the chance to win a million-dollar jackpot and $100,000 for a local animal shelter. More details after the jump.

Find out more at the Meow Mix website. And two years ago, Meow Mix turned a Midtown store front into a kitty abode.