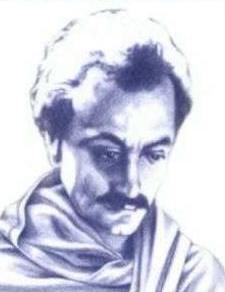 The Khalil Gibran International Academy––a new bi-lingual school dedicated to teaching children Arabic and instructing students about Middle Eastern history––received a new principal after the abrupt departure of its founder Debbie Almontaser in a flap over a t-shirt. The new interim principal is Danielle Salzberg, who is an Orthodox Jewish woman that has been working with the Dept. of Education to establish the Khalil Gibran school.

The school's founder stepped down last week after she initially refused to renounce the sale of t-shirts marketed by an organization she was associated with that read "Intifada, NYC." Almontaser attempted to describe the message as feminist, but the civil-violence connotations of the word intifada became publicly overwhelming and she submitted her resignation. We have to admit that Almontaser's reasons for resigning were either disingenuous or the erstwhile principal was shockingly politically tone-deaf.

The Khalil Gibran International Academy has generated fierce opposition since its proposal. Critics have called it a taxpayer-funded madrassa and a ideological academy for future terrorists. A columnist for The New York Sun suggested that New Yorkers should head to City Hall with pitchforks and torches to protest the school's founding. This was despite Almontaser's insistence that she wanted to found a school dedicated to intercultural understanding.

It will be interesting to see what Salzberg's appointment as interim principal has on the future of the school. In contrast to concerns that the Kahlil Gibran school would become an insular haven for the non-assimilationist children of fantical Muslim immigrants, only six of the 44 enrolled students were expected to enter school this fall with the ability to speak Arabic. The majority of enrolled students were black children interested in graduating from a NYC public school with fluency in more than one language. The New York Post columnist Andrea Peyser called the appointment of a non-Arabic-speaking "Jewess" as the head of a bi-lingual school named after a Christian-American poet a "HEBREW HA-HA" joke.