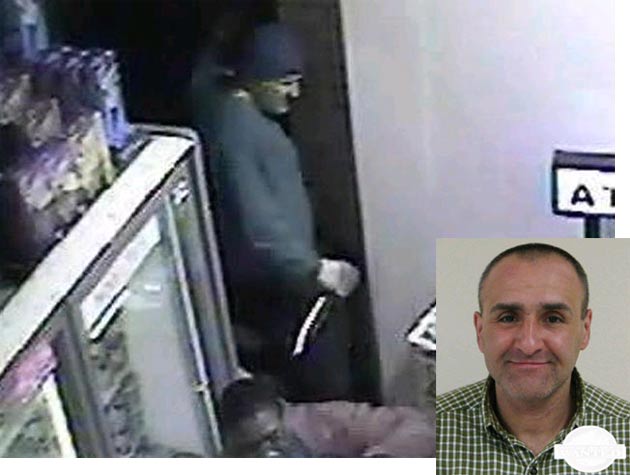 A tip to America's Most Wanted led authorities to James Gonzalez, who police believe fatally stabbed his girlfriend and injured another woman at the East Village Key Food on February 29. Gonzalez was found in a Miami homeless shelter, and NYPD detectives are headed to Florida to bring him back to face charges.

Last Friday, police had released surveillance footage in hopes someone would have information about Gonzalez's whereabouts. The NYPD also filmed a segment for America's Most Wanted about the murder that left 24-year-old Tina Negron dead and Rosheda Andradas seriously injured. Detective Ford told AMW Negron and Gonzalez (they both worked at Key Food) had a fight before the killing. Ford said, "He had the opportunity to just walk away...but he chose to go to the basement to get a knife and end her life."

The show aired on Saturday and yesterday afternoon, someone called in a tip, saying Gonzalez had checked into the Salvation Army shelter on Friday, giving workers a Social Security number and date of birth. He also took a photograph for admission (above).

#crime
#east village
#key food
#murder
Do you know the scoop? Comment below or Send us a Tip