Just How Healthy Is Biking in New York City? Help Us Find Out

Back in 2015, WNYC and a team of scientists from Columbia University set out to measure the effects of breathing the local air while biking around New York City.

We gathered a team of volunteer cyclists. We had them download GPS apps, and gave them sophisticated rigs that measure fine-particle pollution. And we waited for the data to roll in. 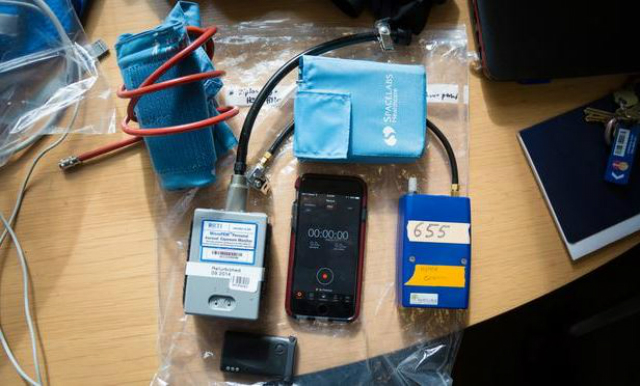 The kit we gave cyclists for our study. (Photo: Isaak Liptzin/WNYC)

Now, in the last year of this study, we’re starting to get some preliminary findings.

“From the first two years’ worth of data, we’ve been able to see that with increased doses of black carbon exposure during a bike ride, about two hours after the ride, we see an increase in blood pressure,” Cara Smith, the project manager for the study at Columbia’s Mailman School of Public Health, told WNYC’s Shumita Basu. 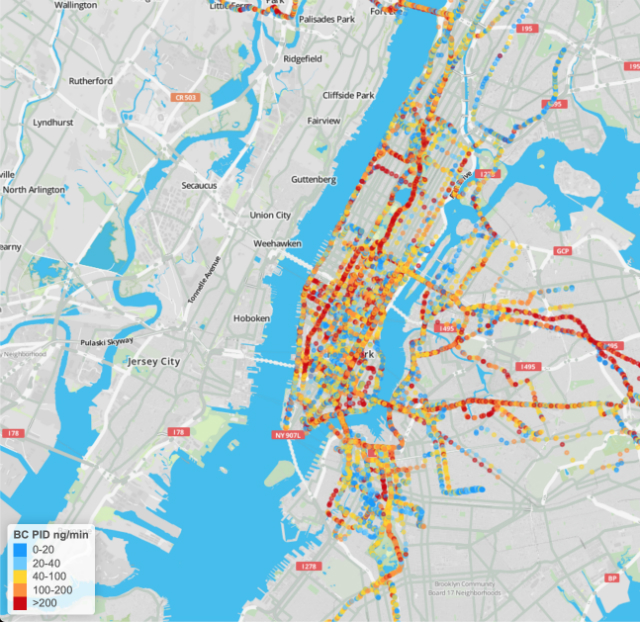 This map shows the potential inhaled dose of Black Carbon in ng/min collected by our study participants. Data is from June 2015 - November 2018. Each dot is the average dose for that particular coordinate pair. (Cara Smith/Mailman School of Public Health)

Smith also said that by doing a lot of spatial analysis, her team has been able to quantify the distance cyclists should be from traffic in order to significantly decrease their exposure to air pollution.

“But it’s hard to avoid certain routes,” she said, “so making the whole city cleaner is our ultimate goal.”

And this study is not over — which is where you come in. Gothamist/WNYC and Columbia are looking for people who have desk jobs, don't smoke, bike to work about 30 minutes each way, and are willing to collect data from your commute between now and December.

The project ends this year, with full results expected to come in by the spring of 2020.

To participate, just fill out this brief survey.

#air quality
#biking
#we the commuters
Do you know the scoop? Comment below or Send us a Tip