Jurors Argue, But Agree That Michael Sandy's Killer Is Guilty 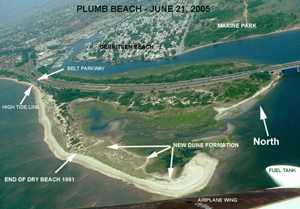 Anthony Fortunato was found guilty of manslaughter as a hate crime yesterday, after intense arguments by the jury. He was the second man found guilty of the crime. Fortunato was accused of killing Michael Sandy in a hate crime after luring him to a known gay cruising spot at Plumb Beach in Brooklyn. The encounter ended with Sandy being chased and beaten onto the Belt Parkway where he was struck by a car and later died. Fortunato's defense claimed that he himself was gay and that the luring of Sandy to a secluded area was an exploratory gay experience gone wrong.

Deliberations were apparently rancorous, with multiple notes from the jurors saying that they disagreed with the jury's foreman––“A number of jurors are having serious personality conflicts with Juror No. 1, making it difficult to continue our deliberations.” Juror No. 1 was Eric Zaccar, a 46-year-old playwright from Bensonhurst.

"I still don't believe it's a hate crime but by the technicality of this ridiculous law," said Zaccar, adding that he argued with other jurors during deliberations.

It's possible that prosecutors may have overreached by charging Sandy's death as a hate crime, which includes a more severe sentence. The jury settled on the verdict that Anthony Fortunato was simply guilty of manslaughter as a hate crime which carries a minimum sentence of 1-3 years and a maximum of 8 1/2 to 25 years. Fortunato may wind up spending a relatively short time in prison. GayCityNews examines the distinction between murder and manslaughter, hate crime and not.

A vigil will be held in memory of Michael Sandy at 4:30 p.m. Sunday. According to GerritsenBeach.net, no local or elected groups were invited; the family filed the application. The vigil will be at Emmons and Knapp Sts.