Clark, 69, has served 37 years at the Bedford Hills Correctional Facility for Women. She was originally sentenced to 75 years-to-life for her role in the robbery, but, in 2016, Governor Andrew Cuomo commuted her sentence to 35 years-to-life, citing her "exceptional strides in self-development," enabling her to appear before the state parole board in 2017. The board said in 2017, "We do find that your release at this time is incompatible with the welfare of society....You are still a symbol of violent and terroristic crime."

Clark, a former member of the Weathermen and the Black Liberation Army, was 31 when she joined a group that tried to rob a Brink's truck at a Rockland County shopping mall. The NY Times reports, "The heist was part of a scheme by the Black Liberation Army and the May 19th Communist Organization — an radical offshoot of the left-wing Weather Underground — to steal $1.6 million for financing a guerrilla uprising. Two Nyack police officers, Sgt. Edward O’Grady and Officer Waverly Brown, and a Brink’s security guard, Peter Paige, were shot and killed during the robbery, and though Ms. Clark was not at the scene of the shooting, she was charged with second-degree murder and robbery."

Representing herself defiantly in court, Clark was convicted, and the judge remarked at the time that she seemed unlikely to be rehabilitated. However, while in prison, Clark earned Bachelor's and Master's degrees from Mercy College and led initiatives like pre-natal parenting classes in the prison's nursery; founding an HIV/AIDS education program; training service dogs through Puppies Behind Bars; and serving as a college tutor.

She also wrote a letter of apology, published in the Journal News in 2002, noting, "However unsure I am of the adequacy of my words, I must take this moment to say publicly to the families and survivors how deeply sorry I am for my actions on Oct 20, 1981, which contributed to so much death and destruction..." 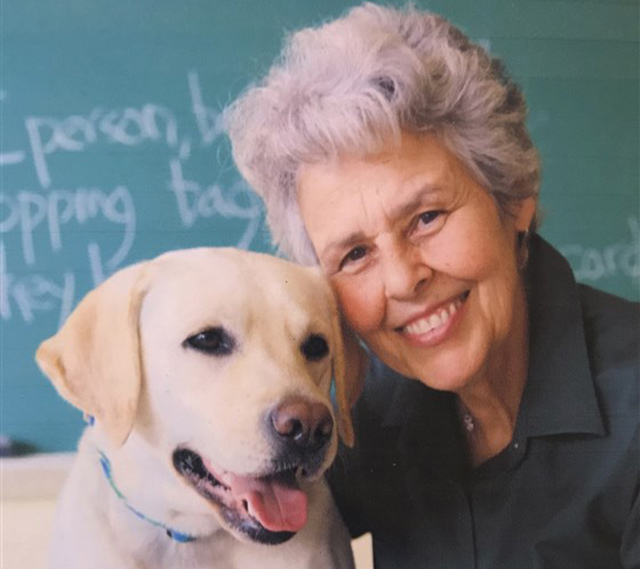 The letter continues, "[M]y shame and remorse do not diminish my responsibility to examine the long, knotted thread that connects my actions with the recent attacks. Our actions were self-centered and self-serving. My anger at injustice and desire for change may have motivated my involvement in radical movements, but my attraction to groups that identified violence as the source of power was driven by my own needs."

Earlier this month, dozens of local, state, and federal lawmakers, sent a letter (PDF) to the parole board, urging them to parole Clark. It reads in part:

Our correctional system no longer exists solely for retribution but also for rehabilitation. While parole can cause great pain to victims and their families, it is your role to hold open the door of mercy in appropriate circumstance -- meaning where there has been ample punishment, overwhelming proof of rehabilitation, acceptance of responsibility and genuine remorse. That is precisely Judith Clark’s situation: she is the second- longest serving female prisoner in New York, is considered the model example of rehabilitation, accepts full responsibility for her crime and has expressed her profound remorse for the last 25 years. If she is again denied parole, New York will have sent a profound message to all the other women and men in prison who strive to become better and transformed human beings: that they needn’t have bothered. 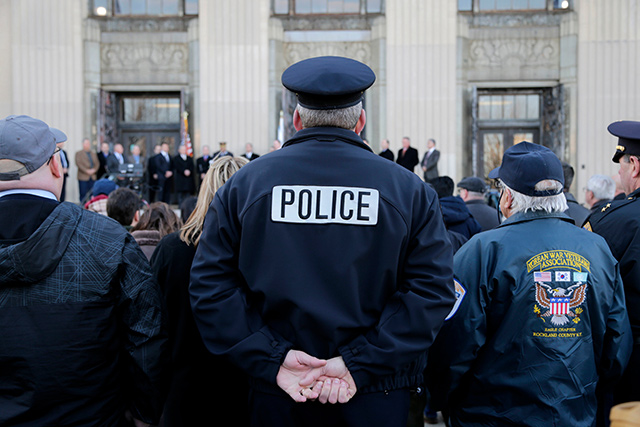 People gather in front of the Rockland County Courthouse to express their objection to New York Gov. Andrew Cuomo commuting the sentence of Judith Clark in New City, N.Y. in 2017 (Seth Wenig/AP/Shutterstock)

Police groups have protested against the possibility of Clark's parole, and Police Benevolent Association President Patrick Lynch issued a statement yesterday saying, “Judith Clark is a murderer and a terrorist. Because of her actions, three families have been permanently deprived of husbands, father and sons. Those families cannot escape their loss, but Judith Clark will be allowed to escape accountability for her crimes. That is not justice. The New York State Parole Board has proven once again that it does not value the rule of law or the sacrifices of the police officers who uphold those laws. The families of murdered police officers and New Yorkers across the state are crying out for sane and responsible parole decisions, but it is clear that the Parole Board is not listening."

The parole board vote was 2-1 and the board wrote in a letter to Clark, "You were wrong. Your behavior was criminal. Your callous disregard for the wellbeing of some, in favor of others, is a disgrace. However, this release decision is granted in keeping with applicable factors" including her age, the length of time served, her apologies to victims, her disavowal of radical principles and her accomplishments in prison."

Clark will live with a friend in NYC and will work for Hour Children, a non-profit group that helps incarcerated and formerly incarcerated women and their children, according to her lawyers who spoke to the Associated Press. Her release is scheduled for May 15th, but her lawyer Steve Zeidman said, "We hope it's much sooner."

#black liberation army
#brinks robbery
#judith clark
#parole
#weathermen
Do you know the scoop? Comment below or Send us a Tip