by Jake Offenhartz and Adwait Patil

The City's Department of Transportation began laying a protected bike lane along Central Park West on Wednesday, one day after a group of luxury homeowners on the Upper West Side sued to stop the redesign from going forward. While the residents were hoping that a judge would issue a temporary restraining order (TRO) on Wednesday afternoon to stop the work on the bike lane, the judge declined to do so.

“We are grateful for the judge’s decision today that will allow us to move forward with a design that will transform Central Park West this summer, and make our streets safer for everyone," DOT Commissioner Polly Trottenberg said in a statement. “With so many lives being lost this year on our roadways, and with the broad support of the community, we are confident that we will ultimately prevail in our efforts to build this much-needed protected bike lane.”

On Tuesday, members of the condo board at 25 Central Park West—also known as The Century—filed a lawsuit against the city alleging the DOT has not conducted sufficient community outreach or environmental assessments. The suit claims the bike lane poses "potentially grave implications" for local residents.

The plaintiff's argument echoes a recent complaint filed by West Village residents to block implementation of a busway for 14th Street, which resulted in a NY Supreme Court Judge issuing a TRO last month, just days before the project was supposed to begin.

According to the DOT, the new Central Park West bike path will run north between 59th Street and 110th Street, with a seven-foot buffer and plastic posts separating cyclists from traffic. The local community board requested the lane following the death of 23-year-old cyclist Madison Lyden last summer, and it was approved overwhelmingly by members earlier this month (there was even some criticism that the plan was not ambitious enough).

On Wednesday morning, city workers were seen laying paint for the bike lane between 62nd and 76th Street. Employees told Gothamist that work on the project had just started today, and would likely take a few months to complete. They said they were not aware of any legal challenge. 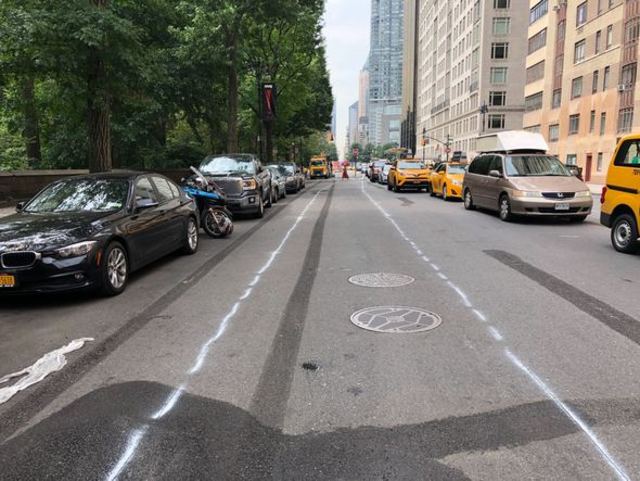 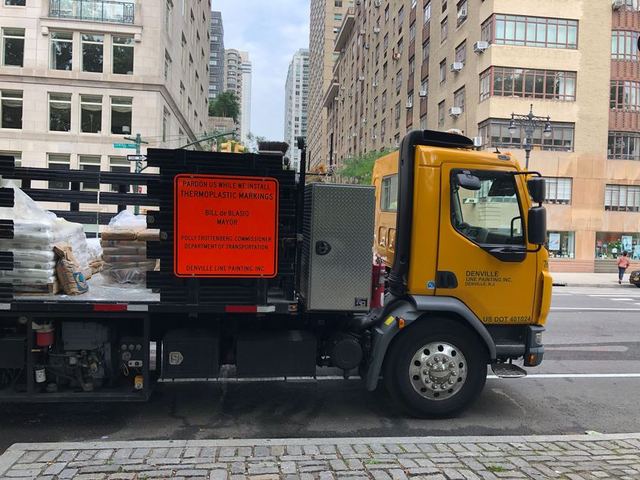 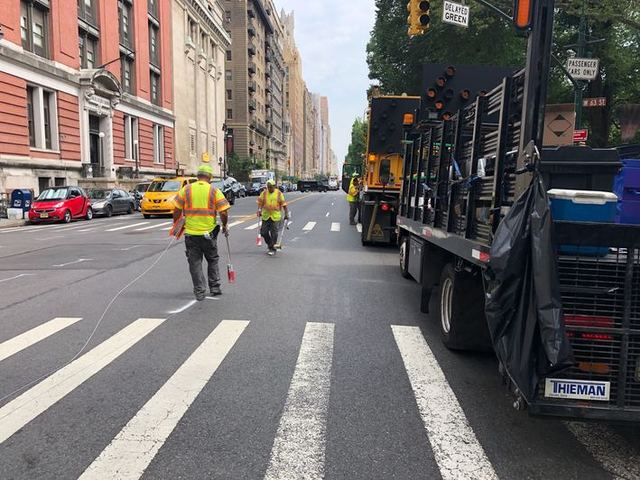 Representatives for the DOT did not respond to questions about whether they'd sped up the installation of the lane ahead of possible interference from a judge—a strategy that some advocates had suggested.

The lawsuit is being led by Century's condo board manager Paul Millman and board member Bonnie Eisler. It cites a recent NY Post editorial headlined "Bike Supremacy Is Ruining The City," before cautioning that the redesign could ruin the area's historic character and put disabled and elderly residents "in harm’s way... due to bicycle riders who often neglect to abide by the normal traffic rules.“ (Protected bike lanes have been shown to dramatically reduce fatalities for all road users, including pedestrians.)

The suit also notes that the bike lane will involve eliminating an estimated 400 parking spaces along the east side of the street. "Residents and building staff will lose available free parking, which will increase their expenses," the suit warns. Units at 25 Central Park West typically sell for between $1.2 and $10 million.

Several residents leaving the condo on Wednesday declined to comment on the lawsuit. Efforts to reach the condo board were also unsuccessful.

#25 central park west
#bikenyc
#central park
#central park west
#century building
#condo board
#uws
#vision zero
Do you know the scoop? Comment below or Send us a Tip
A new Gothamist is coming! We’ve moved comments over to our beta site. Click here to join the conversation and get a preview of our new website.