Harvey Weinstein appeared in a Manhattan courthouse on Thursday morning, where his bid to have his indictment thrown out failed. State Supreme Court Justice James Burke decided that the Manhattan District Attorney's case against the disgraced movie producer can move forward.

Weinstein has been charged with multiple counts of sexual assault, including rape. One charge was dropped in October, and Weinstein's legal team sought to have the others dropped as well. There have also been questions about how the NYPD handled the case.

Weinstein, a powerful player in Hollywood whose productions earned Oscars and box office success, was exposed in a series of articles from The New Yorker and New York Times as a predatory figure who manipulated aspiring and established actresses alike into performing sexual acts over decades. Many actresses, including Ashley Judd, Mira Sorvino, Rose McGowan, and Annabella Sciorra, came forward to describe how they were attacked by Weinstein—and how their careers suffered when they tried to rebuff him. The reporting also detailed how Weinstein paid off accusers, including an Italian model who, while working with the NYPD, recorded Weinstein admitting he groped her.

The allegations sparked a movement exposing other instances of men abusing their power over women, with anchors Matt Lauer and Charlie Rose, and most recently, CBS chairman Les Moonves, being fired for their conduct.

Weinstein's attorney Benjamin Brafman told reporters after the hearing, "Mr. Weinstein has denied these crimes. He has maintained that he has never engaged in non-consensual sex with anyone." 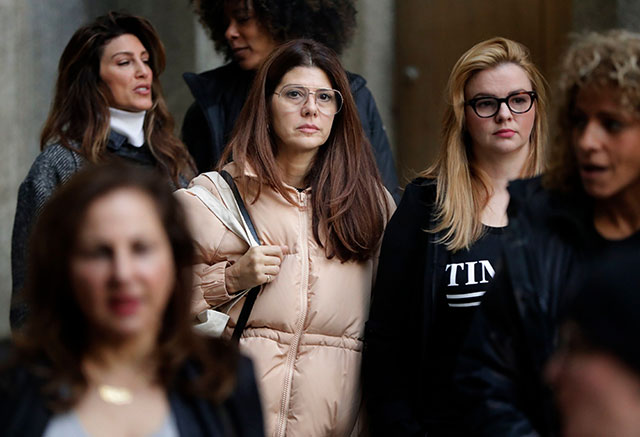 Actresses Marisa Tomei, Kathy Najimi, Amber Tamblyn, Michelle Hurd, and Jennifer Esposito were seen at the hearing. Tomei was carrying a Time's Up tote while Tamblyn was wearing a Time's Up shirt, referencing the movement to end "sexual assault, harassment, and inequality in the workplace." 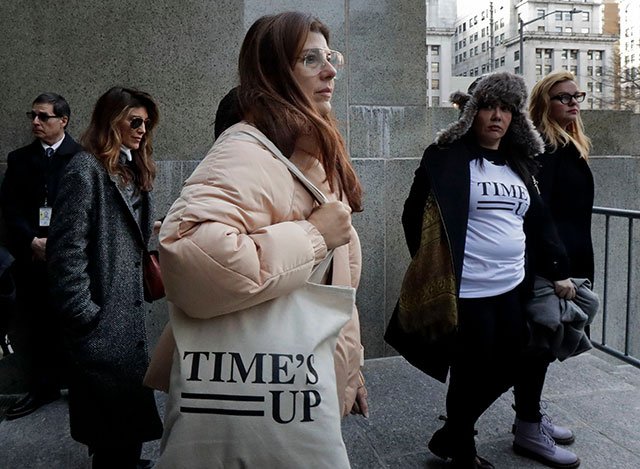 Brafman also said after the hearing, "This is not about the #MeToo movement. This is defending a specific criminal case. If the #MeToo movement helps level the playing field for women throughout the world, then we are strongly supporting that movement. A movement should not, however, be permitted to push an indictment that is deeply flawed, as we believe this movement has done in this case."

#harvey weinstein
#sexual assault
#time's up
#trial
Do you know the scoop? Comment below or Send us a Tip