As she prepares to depart the federal bench, a newly candid Judge Shira Scheindlin laid into former mayor Michael Bloomberg and former NYPD boss Ray Kelly for their response to her 2013 ruling that the way police used stop-and-frisk was unconstitutional.

Speaking to the New York Times at the tail end of 22 years as a federal judge, Scheindlin said that she saw a news photo of Kelly and Bloomberg the day after her ruling eviscerating the police tactic, and they were "looking like two angry white men."

That week Bloomberg, if you'll recall, said that Scheindlin knew "absolutely zero" about policing, and called her "some woman who does not have the expertise" to make the decision. He predicted that enacting the decision would result in "a lot of people dying." Kelly likewise said, "violent crime will go up," explaining that the tactic of putting people in minority neighborhoods up against the wall without probable cause was "integral to policing."

In her exit interview, Scheindlin said Kelly and Bloomberg didn't get what effect stop-and-frisk as implemented was having on the ground in minority neighborhoods:

They seemed out of touch with the issues that the communities cared about. They didn’t seem to understand the impact of these policies on real people and real neighborhoods and real communities and the detrimental impact it was having, even on policing. And that’s the point. They didn’t seem to get it. It was all about fear — New York would blow up. 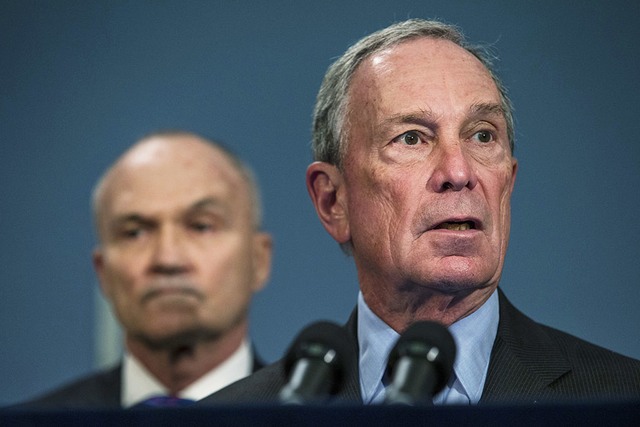 As the city faced litigation challenging it, the NYPD dialed back the use of the tactic from an all-time annual high of 685,000 stops in 2011, and Mayor Bill de Blasio kept it tamped down upon taking office in 2014. Police made about 24,000 stop-and-frisk stops in 2015. Shooting crimes and murders, meanwhile, remained lower than under Bloomberg.

A panel of appellate judges removed Scheindlin from the case, saying she gave the appearance of bias by trying to get the case assigned to her and giving media interviews, a fact that Kelly told the Times "speaks for itself." The judges later clarified that they made "no findings of misconduct, actual bias or actual partiality." De Blasio dropped the city's appeal of the ruling upon taking office, and the oversight of the police Scheindlin called for remains in effect, though under the purview of another judge.

Scheindlin now plans to work as a mediator or court-appointed monitor, and will also work for one of her old employers, Stroock & Stroock & Lavan, a multinational white-collar firm with tentacles in real estate, finance, and entertainment.

In the interview, Scheindlin also questioned the FBI's habit of goading desperate, mentally disabled, and otherwise marginal people into agreeing to participate in terror plots, singling out the so-called Newburgh Four, whose case she didn't preside over. On the case of Russian arms dealer Viktor Bout, which she did decide, she said she regretted being forced to sentence to 25 years due to a statutorily required minimum sentence. Though Bout had traded arms, she said he was "pretty well retired," when the U.S. federal government set up a fictional deal to ensnare him.

"They reeled this guy in," she said. "They offered him a lot of money...I gave the lowest sentence I could possibly give."

Scheindlin was appointed by Bill Clinton when he was president, and had she not chosen to step down, she could have remained a judge for life.