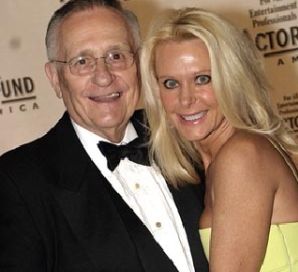 The ruling declares the pre-nuptial agreement to be valid and gives Walsh-Smith thirty days to vacate the Park Avenue apartment owned by her husband, who will pay her $750,000. Smith told reporters he’s “happy with the outcome.” His ex-wife, not so much: “I think it's disgusting,” she said outside the court. “I'm really, really disappointed with the decision. I think it totally sucks. It's a horrible pre-nup. I'd be better off in Baghdad. Bush is bringing democracy to Iraq. He should bring it to New York.”

Walsh-Smith has vowed to live in a tent in Central Park while her lawyers appeal, but the improved Wi-Fi in Bryant Park might make that park the better choice for uploading her next video. Speaking of which, the director of her first YouTube hit – One More Crazy Day in the Life of a Phoenix Rising from the Ashes – is outraged that she hasn’t gotten credit for the 6 minute opus. Mary Allen told the Daily News last week that “This is my work. I directed, I shot, I edited this piece.” Walsh-Smith has responded, naturally, with a little bug-eyed movie of her own entitled That Bitch Didn’t Direct My Video.

#broadway
#divorce
#lawyer
#Philip Smith
#Shubert
#theater
#Tricia Walsh-Smith
#video
#youtube
Do you know the scoop? Comment below or Send us a Tip