A federal judge this afternoon indicated that he is inclined to unseal documents related to FBI Director James Comey's protocol-breaching announcement of a new angle on the investigation into Hillary Clinton's private email server 11 days before the election. The judge's statements in court came in response to a records-access lawsuit filed in parallel with a Freedom of Information Act lawsuit seeking the search warrant and supporting documents that the FBI and Justice Department used to review the Clinton-related emails of aide Huma Abedin. The emails were found on Anthony Weiner's computer, during a separate investigation into his reported sexual online messages to a teenage girl in North Carolina.

Instead of demanding that the FBI produce the documents, lawyer Abraham Hassen explained, the suit heard today asks the court to turn them over. Hassen's client, E. Randol Schoenberg, a Los Angeles attorney who specializes in the recovery of Nazi loot, believes that because the FBI investigation into Clinton was again shelved two days before the election, the documents that the FBI prepared to get a judge to sign off on the search warrant for Abedin's computer may show some funny business, by overly zealous conservative FBI agents, Trump surrogates feeding the FBI bad information, or even the Clinton camp.

Schoenberg's lawyers' filing in the latest case reads, "The records at issue here are of a nature that indicate the value of public access is at its most positive, as they go to the core functioning of the courts and law enforcement as independent, non-partisan actors in our democratically controlled government." 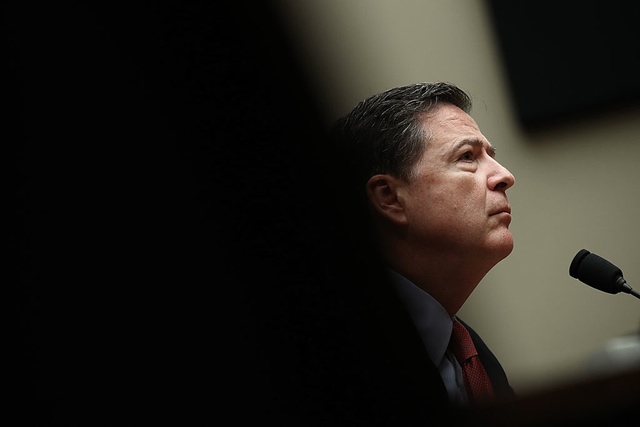 Judge P. Kevin Castel gave the government, as well as Weiner, Abedin, Clinton until Thursday to make arguments as to why he should not unseal the documents, or what should be redacted. Castel made the decision over the objections of DOJ lawyers who traveled up from Washington, D.C. to argue at the hearing, according to Hassen.

The government lawyers, possibly referring to the separate Weiner probe, claimed that releasing the documents would conflict with an ongoing investigation.

Practices and policies vary by jurisdiction, Hassen explained, but there is plenty of precedent for members of the public gaining access to search warrant records from closed investigations.

"The law is mostly on our side, especially for a closed investigation," he said.

In an interview last week, Schoenberg said that he pursued legal action because he didn't want to wait years for a response to his FOIA request.

"I think this one is a little bit more urgent," he said. "If—and this is obviously a huge leap—if there was some illegal activity that led to this failed search warrant and that traces back to the Trump campaign, that could have huge ramifications with Congress and the electoral college."

The Justice Department did not immediately respond to a request for comment.

This story has been updated to reflect that the judge in this case indicated he could unseal documents the court has, rather than ordering the Justice Department to turn them over.