Judge: Confession From Etan Patz's Alleged Killer Can Be Used In Trial

A Manhattan judge ruled today that the confession of a man who admitted to murdering Etan Patz can be used in a trial, having determined that he was of sufficiently sound mind to exercise his right to remain silent.

Pedro Hernandez, 53, confessed two years ago to choking 6-year-old Etan Patz to death in 1979, though a lawyer for Hernandez argued that his client's diagnoses of schizophrenia and bipolar disorder nullified the confession.

The ruling of State Supreme Court Judge Maxwell Wiley does not include an assessment of whether Hernandez's admissions are true; only that he was aware of his rights and fit to wave them.

“The court finds that defendant’s waiver of his Miranda rights was knowing and intelligent,” Wiley said. He said his decision was based on Mr. Hernandez’s “basic ability to make his way in the world over a period of almost 40 years.” 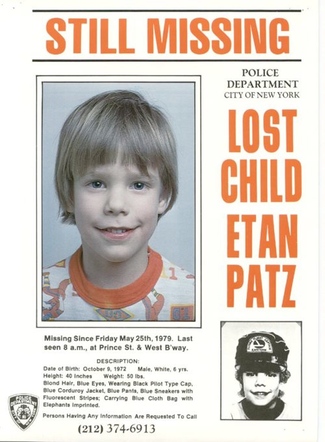 Despite Hernandez's history of mental illness and an unusually low IQ, his confession stands as the crux of the case against him, since no physical evidence of the murder has been presented.

The confession was made after more than six hours of questioning, and includes details about Hernandez luring his victim into the basement of the store in which he worked as a stock clerk, choking the boy and leaving his body in a box on the street several blocks away.

Wiley also noted that Hernandez was not handcuffed during the confession, and that he was told three times he could cease talking if he so chose.

“In assessing the totality of the circumstances here, the court finds that a reasonable person in the defendant’s position, innocent of any crime, would not have thought he was in custody,” he said.

#etan patz
#pedro hernandez
Do you know the scoop? Comment below or Send us a Tip