Joe Bruno: The 'Top Dog' With the Suite Doghouse 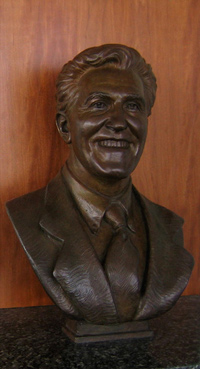 Even while targeted in the Troopergate scandal, State Senate leader Joseph Bruno was living in high style. The New York Sun is reporting that Bruno enjoyed a 3,500 square foot, two-story penthouse suite at the Sheraton New York Hotel & Towers, just weeks before the legislature selected the hotel chain to construct a luxury hotel in Albany.

On November 30, the nine-member board of the Albany Convention Center Authority, which includes a member appointed by Mr. Bruno, voted to begin negotiations with Starwood Hotels and Resorts, of which Sheraton is a subsidiary, as operator of a 400-room hotel to be built in downtown Albany near the senate leader's district.

The board's decision to begin negotiations with Starwood rather than four other hotel operators came on the recommendation of a special authority task force led by the owner of Jack's Oyster House in Albany. Mr. Bruno regularly dines at the upscale restaurant, which provides him a private back table, at the expense of his campaign account.

The generous discounts Sheraton gave Bruno for the 45th-floor suite were not reported to the elections board as an in-kind campaign contribution, as might be required. On the other side of the aisle, Caesars Entertainment company gave Assembly leader Sheldon Silver a heavily discounted suite in a Las Vegas hotel in 2004 - while the company was lobbying to open gaming operations in NY. Ceasars paid a $25,000 fine while not admitting guilt of any wrongdoing.